Is in the process of editing. Contribute!

Be warned for unmarked spoilers about characters. 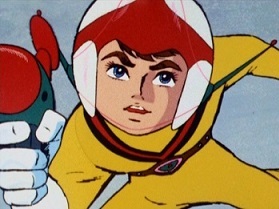 Our "Hero".
The hero of the series, Ken is a ten/twelve year old boy who saves the Earth from the Juralians. He uses the power of light to turn into Chargeman Ken and defeat the Juralians. 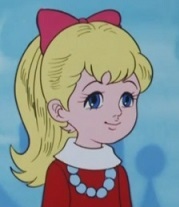 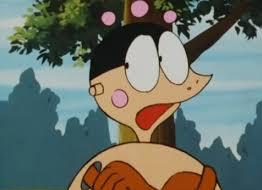 The Jurals and Other Extraterrestrials 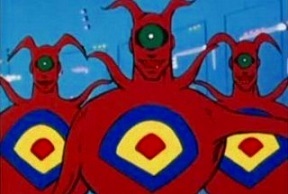 An alien race that seeks to conquer Earth.
Maou-sama 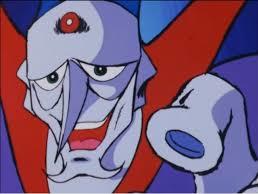 The main antagonist. He is radically different from the other Jurals, as he resembles a very tall human with a pointy chin, bluish-purple skin, and a third Jural eye. He seeks to conquer Earth for its resources, and is a ruthless, unforgiving, cruel, yet incompetent leader, considering some of his schemes.
X-6 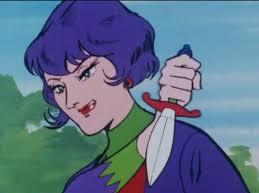 One of the Jural soldiers who appears in Episode 8. She is sent to assassinate Ken Izumi, but when he saves her from a falling tree, she suffers an emotional breakdown and can't bring herself to kill him.
K-11
A Jural soldier who disguises himself as Ken Izumi. He kidnaps Ken and Nagisa and attempts to murder Ken's family. 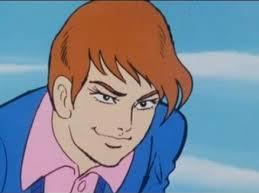 A student and a football player who gets transferred to Ken's school. He is very handsome. Naturally, he is a Jural.
The Delinquent
A juvenile delinquent who hides out at the warehouse. He has recently beaten up Ken's class and class B and they return for vengeance. He is also a Jural, believe it or not.
J-7
A kind, gentle young man who fights Ken in a Kendo duel. He is an undercover Jural sent to kill Ken; however, unlike the rest of the Jurals, he genuinely values Earth and thinks it is beautiful.
Mr. Fukuda
A character seen in Episode 50. The head of National Space Development Agency... supposedly. He adopts an enormous group of children from the orphanage.
"KMIY"
A pair of shady men who appear in Episode 25. They blackmail Yuichi into helping them burn down buildings because they're actually Jurals.
Zairasu
A non-Jural alien coerced by Maou to conquer the Earth for the Jurals under the promise of a reward in the Boken-O manga.
Lily
A young alien from the planet Apollo forced by Maou to assassinate Ken by holding her parents hostage in the Boken-O manga.

A West German professor who likes snacks. He is murdered immediately, but then he appears on the TV like nothing happened, present at the reception of Japan's leading scientists.
Yuichi 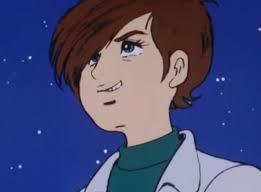 A little kid around Ken's age and an aspiring arsonist. Also a victim of familial and domestic abuse between his parents, which is precisely why he becomes an arsonist.
Mental Clinic Director
A mental clinic director. However, he is also a megalomaniac who seeks to rule over the ashes of the world, which is why he builds a rocket factory under the mental clinic. He is helped by the Jural Seijin.