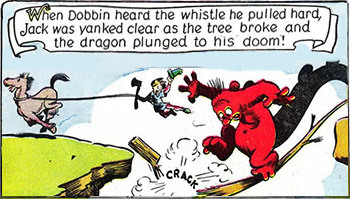 "My favorite three questions are, 'What do I want?', 'What do I have?', and 'How can I best use the latter to get the former?'"
— Bella, Luminosity
Advertisement:

Completing a triangle with the Action Hero and the Science Hero, the Guile Hero is a hero who operates by playing politics and manipulating the bad guys. The Guile Hero trades swords and guns (or science and technology) for charm, wit, political and/or financial acumen, and an in-depth knowledge of human nature. The Chain of Deals, along with the Social Engineering and Gambit Index tropes are all at the Guile Hero's fingertips. Often, a Guile Hero will manipulate the other good guys and a whole bunch of innocent bystanders as part of his scheme to bring down the Big Bad, though he'll take care to ensure the other characters aren't truly harmed in the process (and if he fails, he'll be very sorry). The Guile Hero is likely to be a politician or a businessman, and engage in Battles of Wits. If he has superpowers, then he's likely to think that Heart Is an Awesome Power.

The Guile Hero could be a good analog to the Manipulative Bastard (though there can be occasional overlap if they are willing to manipulate their friends as well as their enemies): the Guile Hero is unambiguously a good guy with the same goals as any Action Hero or Science Hero. Though some other heroes may be unhappy with being manipulated by the Guile Hero, it is made clear to the reader that this character both has a heroic goal and is not (usually) Jumping Off the Slippery Slope into becoming a Well-Intentioned Extremist. When a Guile Hero suffers an Epic Fail, it falls under the Too Clever by Half trope.

The Guile Hero combines elements of The Chessmaster and the Manipulative Bastard without having to be all of these. A Guile Hero isn't necessarily The Chessmaster: the Guile Hero is simply a hero who uses wit, charm, and skill to mislead and set up the bad guys, whereas The Chessmaster is often devoted to grander schemes and more likely to use Chess Motifs. A Manipulative Bastard tends to be more personal and controlling in his manipulations. A Guile Hero need not be a master manipulator; "guile" can mean "shrewdness" instead of "deceit". As for The Trickster, a Guile Hero is just as likely to be The Stoic or a "Stop Having Fun" Guy as the fun-loving and mischievous trickster. The Chain of Deals is just as valid a tool for these characters as The Plan, and a Guile Hero may very well be a grown-up High-School Hustler.

In The Team, the Guile Hero is most likely to be The Face of the troupe and/or The Smart Guy, though a particularly bright Leader or Lancer can also fit in. If The Heart uses their emotional influence to the extreme and combines it with quick wits and words, They can also grow into one. Female Guile Heroes are also often the Beauty of a Beauty, Brains, and Brawn trio. The Guile Hero is also frequently a Sixth Ranger, and if a Sixth Ranger is also a Guile Hero, then he tends to be Sixth Ranger Traitor.

Compare the Young Conqueror, which is a young example of this trope taken Up to Eleven with a side of Take Over the World ambition as well. May overlap with Good Is Not Dumb. Compare Silk Hiding Steel when a Proper Lady feels like plotting. Very, very rarely will this overlap with Small Steps Hero, due to the latter being unwilling to sacrifice innocent parties — but manipulating the villains is just fine. The Evil Counterpart of the Guile Hero is the Magnificent Bastard.

In some rare cases, the Guile Hero may be a character who is more powerful than anyone else (either through magic or science and technology) and could easily solve everything himself. But doing so may violate his principles.

The Guile Hero is the most common type of hero in a Puzzle Thriller, and they often shine brightest in one.

Not under any circumstances to be confused with a certain Sonic Boom-tossing airman whose theme song goes with everything.