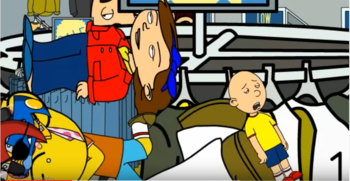 Go Animate is very well-known for its low quality that makes many of its videos unintentionally hilarious. As a result, there are many videos from the website (satirical or not) that are funny.