Embarrassed by a Child 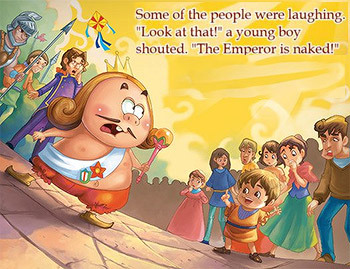 This trope often appears in comedy anime and manga. A character (usually main) takes part in an embarrassing or unconventional situation in public, often against his will. Then out of nowhere a Constantly Curious little kid shows up with his mom, and he points to the character and comments "Mom, that guy/girl is weird" or "Mom, that guy/girl is doing this or that". Then the mother diligently answers "Don't look at him/her!" in a lighter version of Cover Innocent Eyes and Ears. This adds extra embarrassment to the character, suggesting that he's being somewhat Harmful to Minors or at least setting a bad role model.

Can overlap with Not What It Looks Like (in fact, the character may exclaim it). If the child points and laughs at the main character, then they're part of The Freelance Shame Squad.