The Black Lodge and The White Lodge

The Black Lodge and White Lodge

Enigmatic supernatural entities who live in the woods around Twin Peaks. 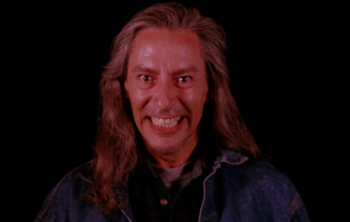 Played by: Frank Silva, Ray Wise, and Kyle MacLachlan
"Catch you with my death bag. You may think I have gone insane, but I promise. I will kill again!"

The show's main villain. He is the chief suspect for the murder of Laura Palmer for much of the early season until it is discovered things are much more complicated than that. 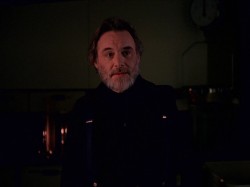 Played by: Al Strobel
"I too have been touched by the devilish one. Tattoo on the left shoulder... Oh, but when I saw the face of God... I was changed. I took the entire arm off."

Bob's former partner in murder and chaos who has since repented.

The Man From Another Place/The Arm

The Man From Another Place/The Arm 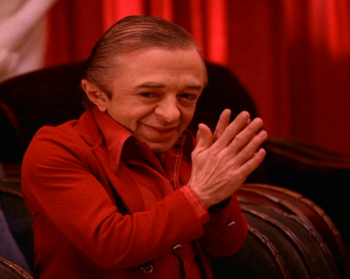 A being who often takes the form of a strange little man in an all red suit. Appearently, he was created from MIKE severing his arm to remove his Fire Walk With Me tattoo. Despite this, the Arm seems to be on the side of Cooper. 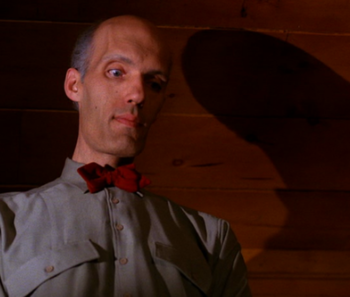 Played by: Carel Struycken
"Don't search for all the answers at once. A path is formed by laying one stone at a time."

A mysterious godlike being who contacts Cooper during a Near-Death Experience. He turns out to be instrumental in solving the Laura Palmer case.

A Black Lodge spirit that resides in Twin Peaks. She's the grandmother of Pierre.

A Black Lodge spirit who dresses in a mask and tuxedo.

Jimmy Scott playing a Black Lodge spirit who has assumed the form of Jimmy Scott. 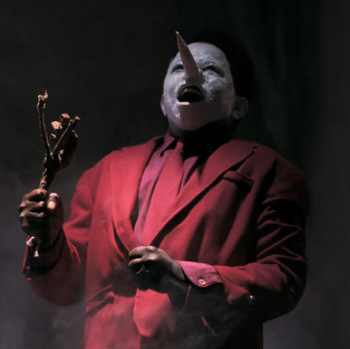 A Black Lodge resident named for his hyperactive movements. 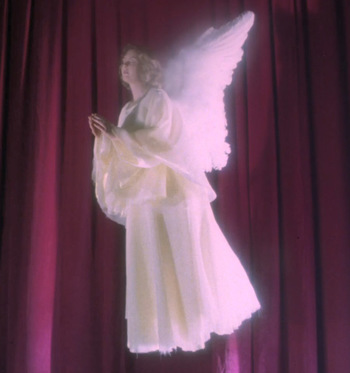 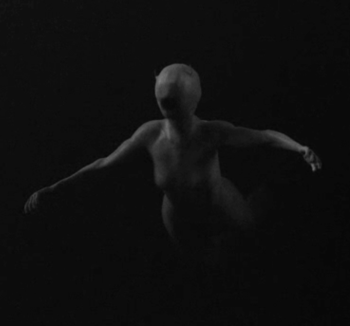 The... thing that appeared inside the glass box and killed Sam and Tracey. Philip Jeffries doesn't want to talk about her. 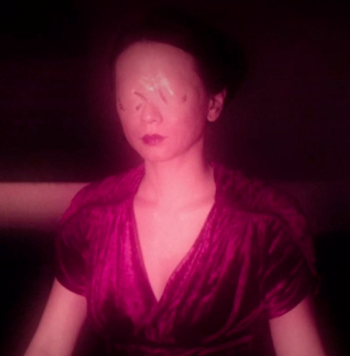 An eyeless woman who dwells in a bizarre steampunk house afloat in a cosmic void. She aids Cooper in his flight from the Black Lodge, against the wishes of her unseen "mother", but is ejected into space in the process. She later reappears in Twin Peaks when the police go to a set of coordinates left in a capsule by Major Briggs, and is taken into their protection. Is eventually revealed to be the true Diane, who was transformed into Naido by the Woodsmen after being raped Mr. C. After he and BOB are finally destroyed, she is able to finally return to her human form. 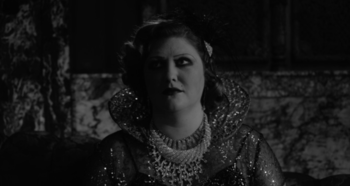 A close compatriot of the Fireman, exact relation unknown although she appears to be family either by marriage or blood. So far, she has appeared to express shock and terror at the fate of a New Mexico town at the hands of an atomic bomb, and eventually The Woodsmen. 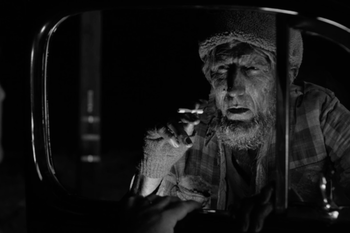 "Got a light?"
Played by: Robert Broski (The Return: Part 8), and Jürgen Prochnow and David Brisbin (Fire Walk with Me and The Missing Pieces). Others portrayed by Stewart Strauss (The Return: Parts 2 and 8), Gabriel Lane, Christian Calloway, and three unidentified performers (all in The Return: Parts 7, and 8)

A group of Obviously Evil aliens, demonic sprites, or something, who take the form of homeless vagrants and lumberjacks. Known to participate in carjackings, murders, parasitic invasions, and other general mischief. They nearly always appear in pure black and white and may have a connection to the Black Lodge and/or BOB. One in particular credited as "The Woodsman" appeared in New Mexico during the 1950s to dish out some good old fashioned unspeakable terror.