Nilfgaardian Empire
The most powerful empire in the world, Nilfgaard controls the southern portion of the Continent and has continuously expanded through military conquest. Under the reign of Emperor Emhyr var Emreis, Nilfgaard has repeatedly attempted to the conquer the nations of the north. During the events of the saga, Emperor Emhyr becomes interested in locating Ciri for his own purposes while also scheming to destroy the unity of the Northern Kingdoms to ensure his conquests' success.
open/close all folders
Emperor Emhyr var Emreis 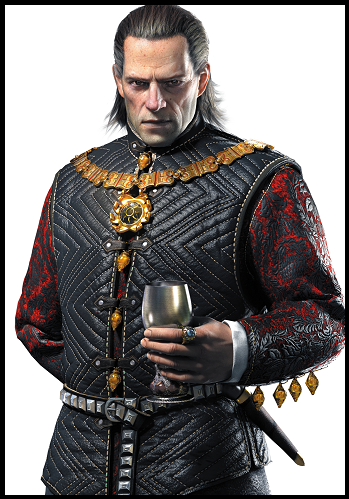 Appears in: The Last Wish | Sword of Destiny | Blood of Elves | The Time of Contempt | Lady of the Lake | Wild Hunt
Voiced by: Charles Dance (Wild Hunt)

Deithwen Addan yn Carn aep Morvudd, the White Flame Dancing on the Barrows of his Enemies. The ruthless, calculating and implacable emperor of Nilfgaard, King of Cintra, lord of Metinna, Ebbing and Gemmera, sovereign of Nazair and Vicovaro. Through his iron-fist statesmanship, his expansive black-helmed power from the south of the Continent has overturned more and more of the Northern Kingdoms over the course of three separate military expeditions. His invasion of Cintra and secret alliance with Vilgefortz pretty much jump-starts the whole Saga, and even after that he's the driving force behind many of the events in the games as well. 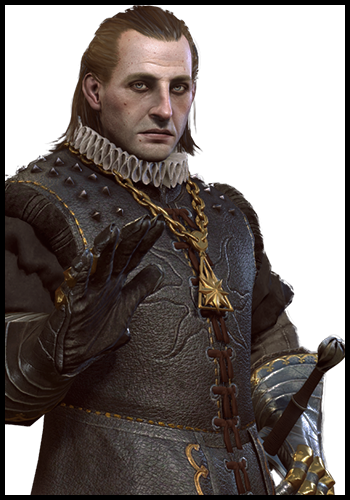 Commander of the Alba Division, Morvran is one of Nilfgaard's top aristocrats and generals. As a member of the House of Voorhis, he is closely related to Emperor Emhyr var Emreis and highly placed in the line of succession. 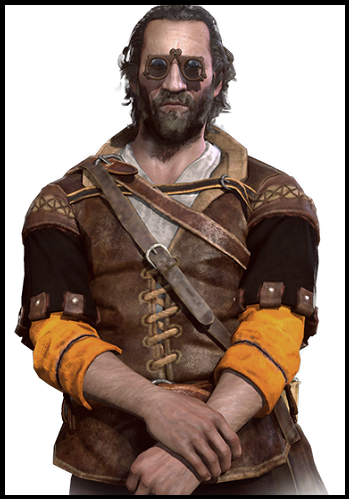 Quartermaster of Nilfgaard's Center Army Group during the Third Northern War. Tavar hires Geralt to find a group of missing soldiers who disappeared on patrol. 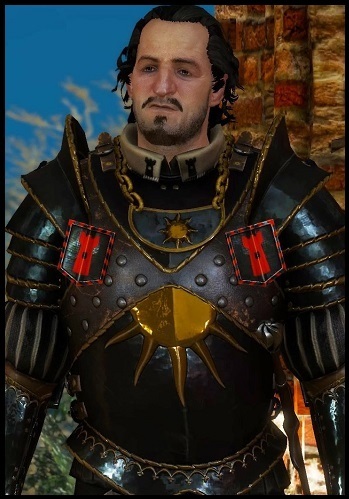 Commander of a Nilfgaardian outpost in White Orchard during the Third Northern War. He hires Geralt to slay a Griffin terrorizing the area in exchange for information on Yennefer's location. 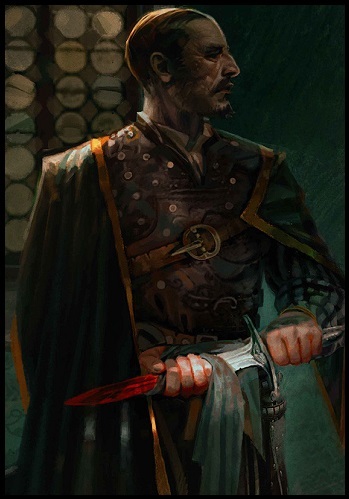 Appears in: The Time of Contempt | Baptism of Fire | Tower of the Swallow | Lady of the Lake

Head of military intelligence and one of Emperor Emhyr's most trusted servants. 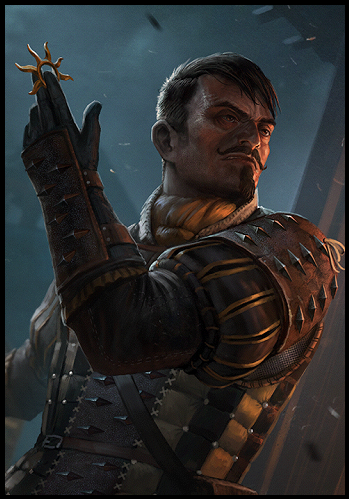 Appears in: The Time of Contempt | Baptism of Fire | Tower of the Swallow | Lady of the Lake

A Nilfgaardian coroner-black ops specialist, sometimes nicknamed the Great Imperial Nobody by those few in the know. Initially tasked with cleaning up the mess after the failure of the Thanedd coup, he later received orders to search for Ciri when hints began to show up that she might be within Imperial territory. He however had ambitions beyond those of his superiors, conspiring with other Nilfgaardian leaders to replace Emhyr. 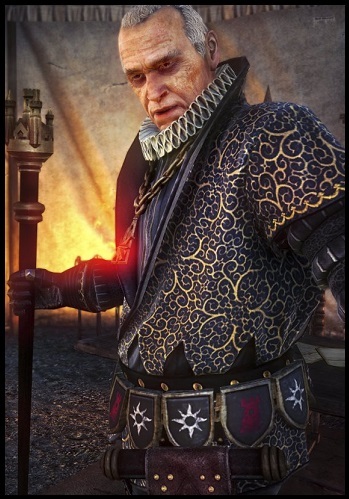 Appears in: Baptism of Fire | Lady of the Lake | Assassins of Kings
Voiced by: Robbie Stevens

A Nilfgaardian aristocrat, member of the Guild of Merchants, and ambassador to Redania until being dismissed and exiled from Redania due to accusations of spying. He was later sent by Emperor Emhyr to supposedly negotiate a peace treaty with the nations of the North, but it was clear he had ulterior motives. 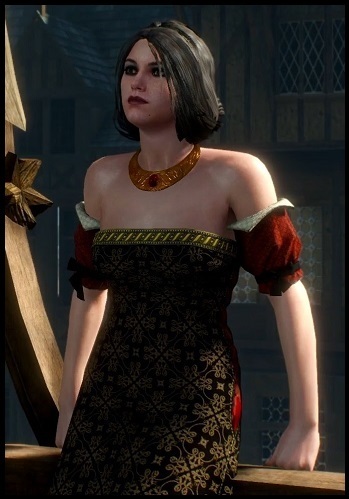 Appears in: Tower of the Swallow | Lady of the Lake | Wild Hunt
Voiced by:

A young Nilfgaardian noble and the lover of Vattier de Rideaux, the head of Nilfgaardian intelligence. However, she also reports to the sorceress Assire var Anahid about Vattier. During the Third Northern War she is spying in Novigrad, where she encounters Geralt during a high stakes gwent tournament. 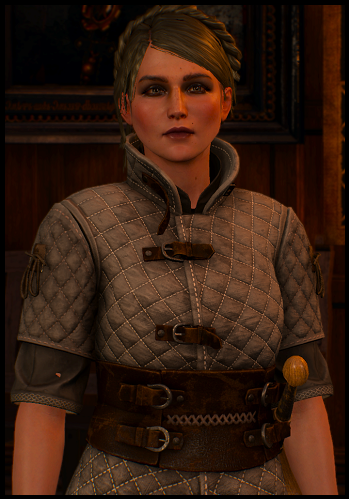 One of Ambassador Henry var Attre's two daughters who lives on an estate in Novigrad. Geralt meets her and her sister Edna while searching for Dandelion, who served at their rhetoric teacher. 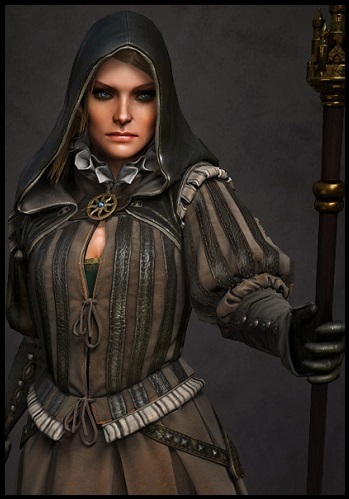 Appears in: Assassins of Kings
Voiced by: ???
"Mock me if you must, but I truly believe one huge empire is humanity's only hope. Many nations under one crown. With shared laws, advanced science, burgeoning industry and trade. And no wars, of course."

A Nilfgaardian sorceress posing as an Northern apprentice in Phillipa Eilhart's employ.

Appears in: Tower of the Swallow | Lady of the Lake

Cousin to Leo Bonhart, an extremely wealthy merchant who runs the Claremont Arena in the dependent kingdom of Ebbing.