These are the main and secondary characters that appeared in the SHUFFLE! Visual Novel and anime. 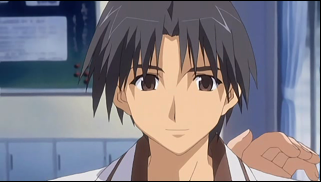 Protagonist of the series, Rin Tsuchimi started off with only Kaede Fuyou around, until the plot ball got rolling with the arrival of Lisianthus Eustoma and Nerine Forbesii. 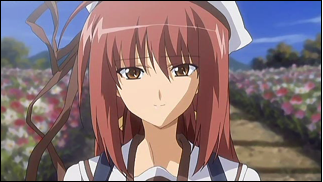 The daughter of the King of the Gods, Lisianthus, or Sia for short, met Rin when she was eight years old in the human world, having wandered away from her father's business meeting out of boredom. Rin befriends her on that day, causing Sia to fall in love with him.

Voiced by: Sayaka Aoki (JP), Brittney Karbowski (EN)
Kikyou is Sia's sister. It was evident that only Sia would be born safely, and so Sia made a pact with Kikyou when they were still unborn, enabling her sister's soul to share her body. She has an ending of sorts in the original Shuffle that was later expanded upon. 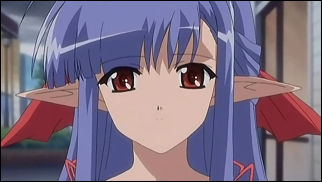 The daughter of the King of the Demons, Nerine also met Rin in the past, and fell in love with him due to his kindness. 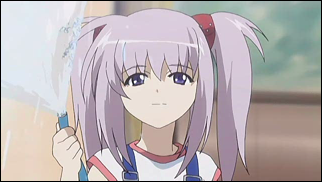 A young girl that Rin meets in the town's arcade, Primula is extremely attached to Rin and follows him home, after saying "I've found you Rin." 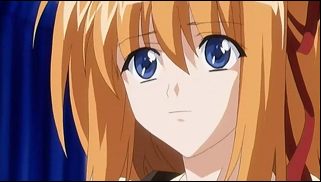 Kaede Fuyou lives in her house along with Rin, and openly states that the meaning of her entire existence is to "serve Rin-kun." Her mother died when she was little, and her father is often on business trips, leaving both Rin and Kaede alone in the Fuyou household. 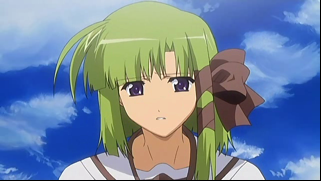 Asa is both Rin and Kaede's senpai, having known them since middle school. She's very tomboyish and initially views Rin as a younger brother, and is fond of slapping Rin hard on his back. She's also the most forward among the girls, but whether or not she's serious is a mystery to Rin.

On The Stage Heroines 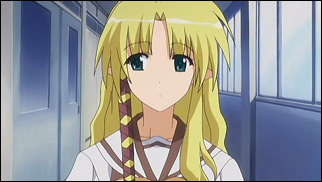 Kareha is Asa's friend and also Rin and Kaede's senpai. She is of the God race, and she is known to fall into trances when imagining romantic things, sparkling as she does so. She becomes one of the heroines in On The Stage. 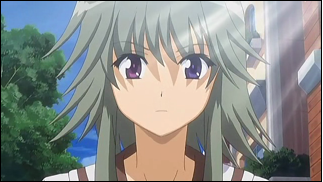 Mayumi is classmates with Rin and Kaede and Itsuki. She's known for being always updated on any scoops that come by, especially if it involves Rin's lovelife. She also becomes one of the heroines in On The Stage. 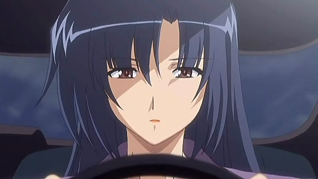 Ms. Beni is the teacher of Rin's class in (apparently) history. She becomes one of the heroines in Essence+.

Tsubomi is Kareha's younger sister. She's rather impulsive and began stalking Rin briefly simply because he stopped by her home to see Kareha but didn't see Tsubomi before leaving.

A childhood friend of both Kaede and Rin who simply failed to materialize in the original game. She gained a route in Essence+.

A strange girl Rin runs into at a cafe. 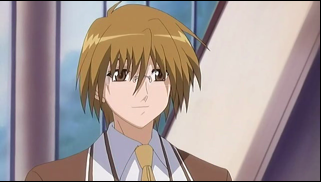 Itsuki's mantra is to love all girls equally. Academically at the top of Rin and Kaede's class, Itsuki dreams of ending up with a harem consisting of the girls that Rin does not pick. 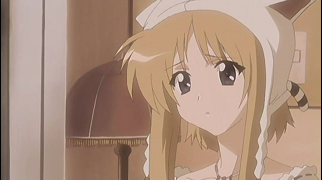 Ama is Asa's mother, who has always taken care of her whenever she got sick.

Eustoma is the King of the God realm, and Sia's dad.

Forbesii is the King of the Demon realm, and Nerine's father.

Lycoris is Nerine's clone. After the failure of the first experimental test subject (Ama Shigure), the scientists decided to take someone who already had strong magical abilities to experiment on. Nerine, with her power, was an ideal candidate but since she was Forbesii's daughter, they could not risk Nerine's life, even if she was willing. Thus, they cloned Lycoris from her cells, however, as all clones go, they have a short lifespan. Nerine then fell ill, and Lycoris volunteered to sacrifice her life force for Nerine's sake. That is how Nerine and Lycoris became one. It is also revealed that it was Lycoris, not Nerine, who met Rin.