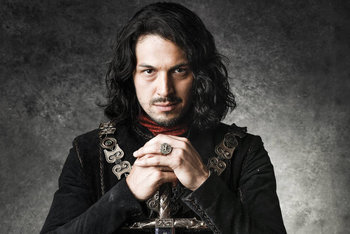 Played By: Romulo Estrela
The heir of Montemor's throne, grandson of Queen Crisélia and older brother of Rodolfo. An just, ethical and kind man, he has been prepared his whole life to become king. 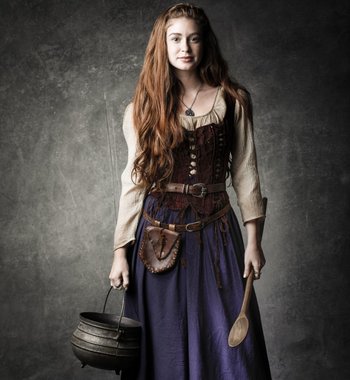 Played By: Marina Ruy Barbosa
A humble vendor girl from Artena that finds Afonso wounded in the wilderness and brings him home to be treated. She ends up falling in love with him. 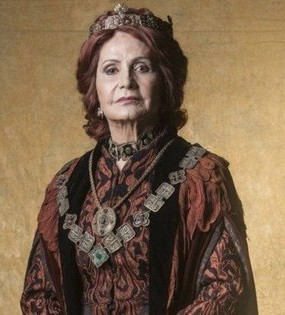 Played By: Rosamaria Murtinho
The queen of Montemor at the start of the series, she is Afonso and Rodolfo's grandmother who raised them after their parents' deaths.
Rodolfo 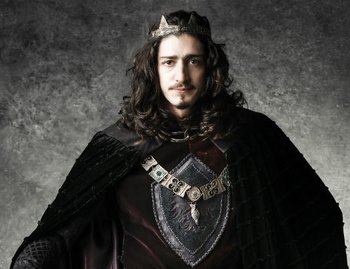 Played By: Johnny Massaro
Afonso's younger brother. A complete and total fop that lives to party and take women to his bed, he has little concern for his kingdom. Despite these questionable traits, he is forced to become king in his place.
Lucrézia 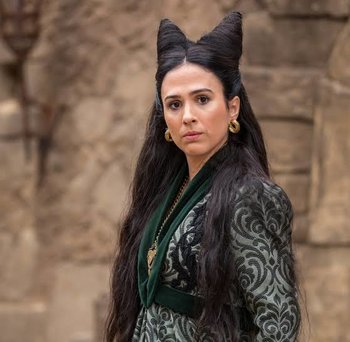 Played By: Tata Werneck
A princess brought to Montemor to marry Rodolfo after he becomes king.

Played By: Caio Blat
The captain of Montemor's guard.
Orlando & Petrônio
Orlando played by: Daniel Warren
Petrônio played by: Leandro Daniel
Rodolfo's personal manservants, they are elevated to the status of royal advisers after he is crowned as king, a position they very much covet.
Romero

Played By: Marcello Airoldi
The master-at-arms in Montemor's army and later captain of the guard.
Osiel

Played By: Raphael Primot
A humble painter frequently commissioned to work for the royal palace, noted for his kindness.
Gloria

Played by: Monique Alfradique
Osiel's girlfriend. Very self-conscious about her body image, she finds a magical way to become thin - at a price. 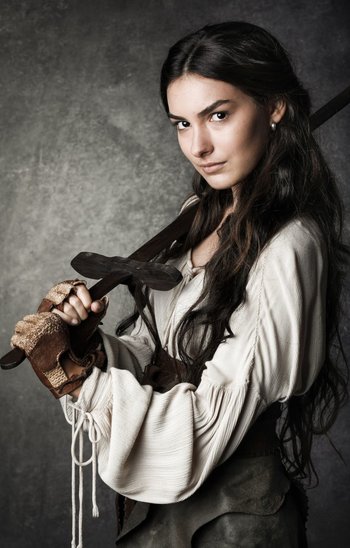 Played by: Marina Moschen
Initially a servant girl working in Montemor's castle, she expresses the wish of joining the military academy and becomes the first woman to do so. She later learns there is way more about her that she doesn't know... 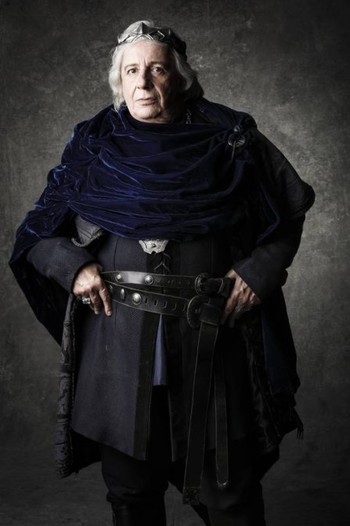 Played By: Marco Nanini
The king of Artena at the start of the series and Catarina's father.
Catarina 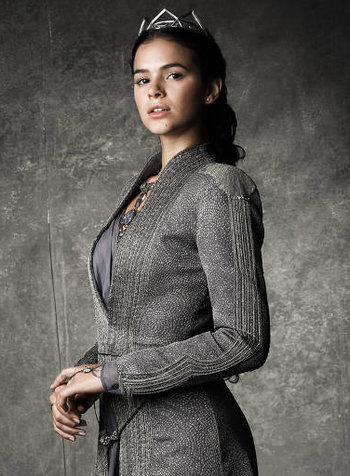 Played By: Bruna Marquezine
King Augusto's only daughter and heir. Beneath her seemingly sweet exterior lies a cruel heart, for Catarina desires power and control above else and derides her father for his kindness.
Demétrio 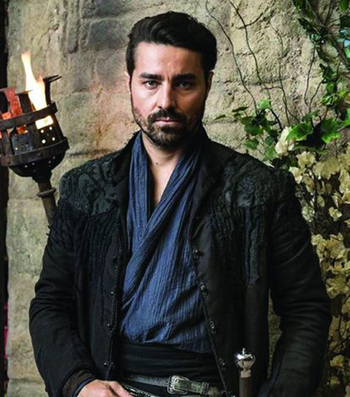 Played By: Ricardo Pereira
A silk merchant and Amália's fiance at the start of the series. When she leaves him after falling in love with Afonso, Virgilio becomes insane with jealousy and vows revenge against the two.
The Witch-Doctor 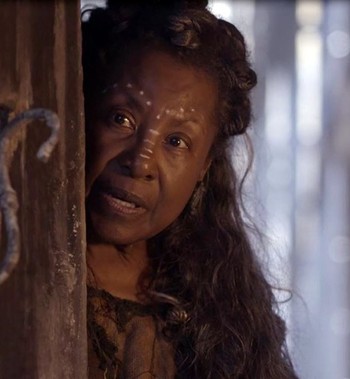 Played By: Rosa Marya Colyn
A mysterious witch doctor that lives in Artena.

Constantino of Artanza, Duke of Vicenza 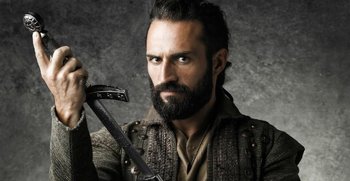 Played By: José Fidalgo
A nobleman from the kingdom of Vicenza that seeks sanctuary in Artena. Ruthless, smooth-talking and cunning, these traits endear him to Catarina and the two forge a forbidden relationship as they aim to conquer their enemies together. But Constantino has goals of his own and can be quite... flexible.
Brice 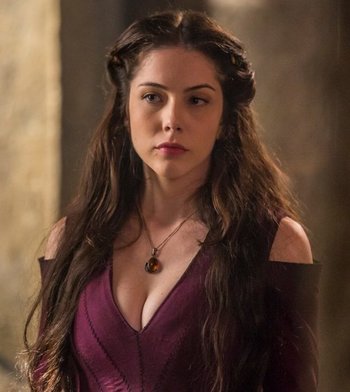 A mysterious and seductive woman that visits Montemor, she is actually a dangerous and evil witch that absorbs the life force of men.
Istvan

Played By: Vinicius Calderoni
A nobleman from Córdona who is engaged with Catarina. He is a man of arts, a poet and a bit of ditz. He has no idea that Catarina loathes being around him and even more the prospect of marrying him.
Otávio 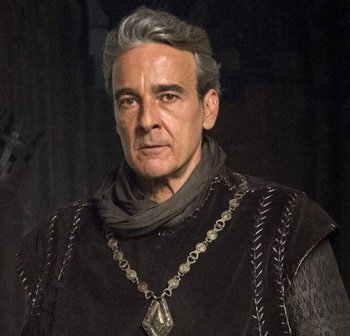 Played By: Alexandre Borges
King of Lastrilha, he is sought by Afonso to help dethrone Rodolfo after he turned into a tyrant, but Otávio has other plans.
Agnes 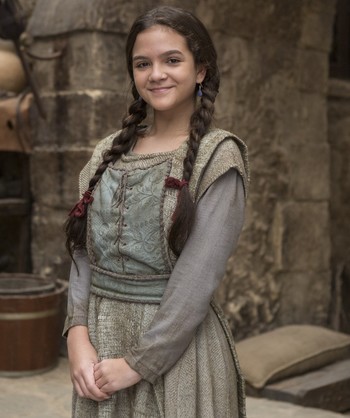 Played By: Mel Maia
A little girl revealed to be a witch just like Brice.
Beatriz 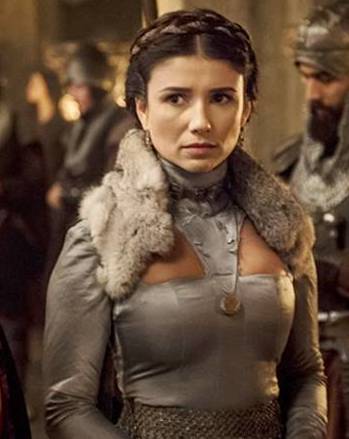 Played By: Paula Fernandez
Princess of Lungria who is arranged by her mother to marry Afonso.
Dom Bartolomeu

Played By: Stenio Garcia
The Grand Inquisitor of Cália summoned by Catarina to hunt down the witches responsible for spreading the plague (in reality its just a ploy to get rid of Amália).