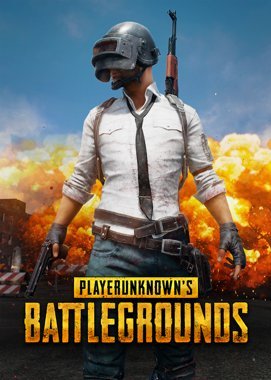 Players can fight each other on the Battlegrounds in solo "every man for himself" matches, or they can team up with a friend (duos) — or two or three (squads) — to fight against other teams. At the beginning of each match, up to 100 players airdrop into a map to loot weapons, ammunition, and support items from the abandoned buildings therein so that they can survive the battle. The match ends when there is only one person (or team) left standing. Once a player lands on the map, they are fair game; a wholly-unarmed player can be killed before they even have a chance to loot a building. As the match continues, a massive wall of electricity forces players into smaller conflict zones so they will ultimately move around the map and confront each other. The "Red Zone", a random area on the map targeted by artillery, also tries to keep players moving around. Planes will also drop crates full of items that players can loot—if they have the courage to go loot them, that is. And functioning vehicles scattered around the map can help players travel long distances (a must for anyone far outside of the safe zones).

A sequel for mobile, developed in-house by Krafton, called PUBG New State was announced in 2021 and launched in 2022, that takes place in 2051 with futuristic settings and vehicles including drones and electric vehicles.

Originally, Striking Distance Studio's (a studio made up of former staff who worked on Dead Space series) third-person Survival Horror The Callisto Protocol was set 300 years in the future of the game's setting. However, this is no longer the case, and the game will now be set in its own universe, completely unconnected to the series, per director Glenn Schofield.