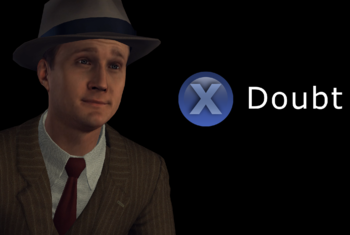 The Troper page for the best Admin on the site.note Is not actually an Admin.
"Canon, The children in my care, varying in age and need, have universally a destitution. I do what I can, between my own wealth and what others give to them. If you would come and tithe to the children of the Serene House, I assure you it would be most appreciated. They may put them to what use they will, though I will advise; some come and go from the orphanage freely, as a safe haven. I only require that they do not endanger the safety of others, nor create trouble while they are here. Sincerely, Laura Serene-Cress, Monster-Hunter"
— Note found on the floor by A Suite at the Royal Bethlehem
Advertisement:

A TV Tropes greenhorn who's In need of friends, advice, direction and the name of Mr Eaten. Just started out and I'm drowning in a sea/zee of tropes/rules/admin/Tribbles. Send help! or a TV trope guide for dummies...

Due to having Developmental Coordination Disorder/Developmental Dyspraxia (DCD) a neurological condition that causes hand-eye coordination issues as other problems. I have issues with spelling, Punctuation and grammar. Not good things to have issues with on a wiki site but I'll try to persevere. But in all honesty advice on how to create or use trope pantheon templates, How to use images and general advice would be appreciated.

Other aliases of The Punslinger:

Tropes retaining to The Punslinger:

Favorite works of The Punslinger:

Miscellaneous of The Punslinger:

The page quote for Gardening-Variety Weapon seems quite poor. Since the game is on it's last legs how about an example From Dawn of the Dragons? (If people want to keep the current I'll make a quotes page instead)

A humble farmhand's tool. Built for menial labour. But in times of war, when enemies threaten solider and civilian, those sharp metal prongs can be put to deadly use.
— Flavour Text of the Pitchfork, Dawn of the Dragons

I Am Not Him and Contrasting Sequel Main Character are the same quote. Which needs to be changed?

I also want to put forward a suggestion to the replace the current quote for Gambling Tropes with Miracle of Sound's Filk Song about Fallout: New Vegas, as I feel it covers more tropes than simply betting large amount of money. Thoughts on it's suitability?

The declassified thrilling tales of “The maniac of Mortlake. The pariah of Putney. The renegade of Richmond”.

Exceptional Tales Of Fate - !WARNING! certain information !EXPUNGED! by order of The Ministry of Public Decency.

Punslinger; the World Guardian of Gielinor:

March of the Membership.

Bob has just found Alice's body, he confirm's she's really dead and isn't pretending. However something distract's Bob for a short amount of time and when he return's Alice's corpse has gone missing...

Some reason's for the body vanishing include:

Not Never Found the Body because both character's and the audience know/knew the character is dead. May provoke the reaction of It Was There I Swear. Possible Sub-Trope of Horror Tropes and Paranoia Fuel