Series / Rumbata, Ronaldo and I 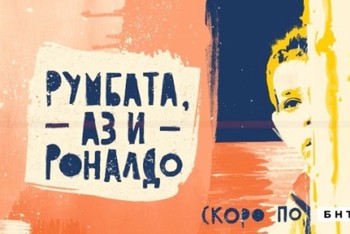 The title card for the show. Depicted in the image: Assen "Ronaldo" Rashkov

Rumbata, Ronaldo and I (original title Румбата, аз и Роналдо [Rumbata, az i Ronaldo]) is a Bulgarian TV mini-series that aired in 2020. It consists of 8 episodes revolving around the title characters Rumen "Rumbata" Angelov, Dimitar "The Titan" Zlatarov and Assen "Ronaldo" Rashkov, and their friends on a Ragtag Bunch of Misfits football (or soccer, if you will) team. The main plot-driving story is the boys' fight for their football field against a corrupt mayor and a construction company owned by the father of one of the boys. It is interspersed with the grown-ups' own battles with past and present issues, the rekindling of an old flame, and Puppy Love among the youngsters.