Characters in the comic series The Umbrella Academy. For those in the the Live-Action Adaptation television series, see here. 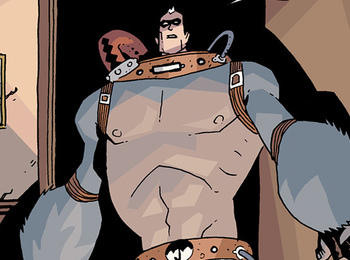 The leader of the Academy, blessed with super-strength. After a disastrous expedition to Mars, Hargreeves transplanted his head onto the body of a Martian gorilla. He moved to the Moon to station himself at the Anihilation Control outpost after he left the Academy.
Advertisement:
00.02 (Diego Hargreeves/The Kraken) 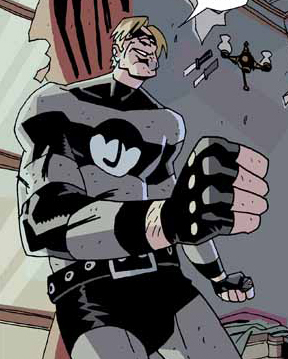 The reckless and rebellious member of the team. He is able to hold his breath indefinitely and seems to have a thing for knives.
00.03 (Allison Hargreeves/The Rumor) 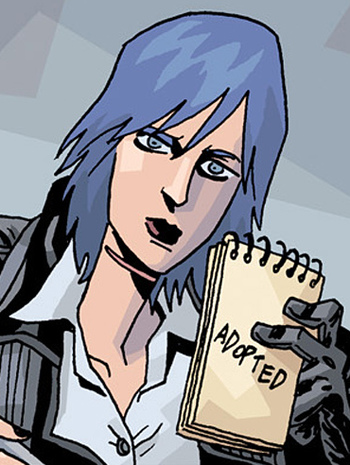 Described as narcissistic, Allison was one of the most useful members of the group with her power to instantly warp reality just by telling lies, usually to divert the crowd. After the Academy, she married her boyfriend Patrick and had a daughter, Claire, who is now under her father's custody after their divorce.
00.04 (Klaus Hargreeves/The Séance) 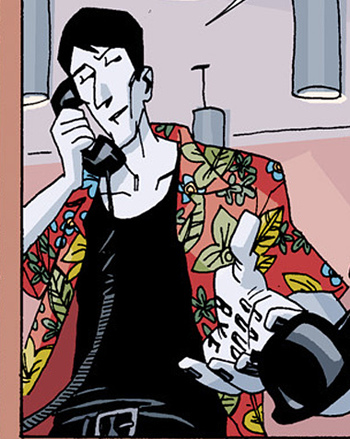 If you're looking for the most dysfunctional member of this junction, it's Klaus. Fretful and morbid, he takes drugs to suppress his clairvoyance. He is also telekinetic and can levitate, but is only powerful when sober.
00.05 (Number Five/The Boy) 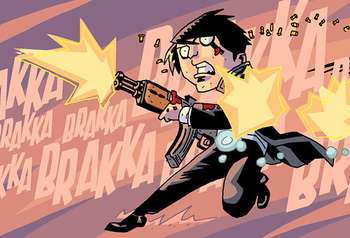 Five had disappeared before he was given a name, and got stuck in the future for decades trying to figure out how to travel back in time. Once he did, he got stuck in his youth, showing no signs of cellular death or growth. In the meantime, worked with the Temps Aeternalis where he learned to microjump through time.
00.06 (Ben Hargreeves/The Horror)

A person-shaped can of monsters from other dimensions which he can unleash from under his skin. Sadly we never get to know much of Ben apart from that as he's already dead by the timeframe of Apocalypse Suite.
Advertisement:
00.07 (Vanya Hargreeves/The White Violin) 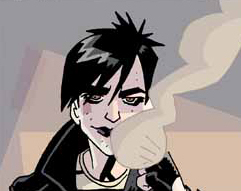 Vanya in Anywhere But Here 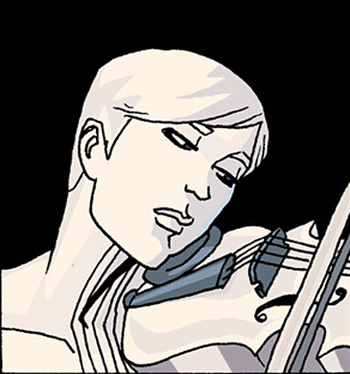 The White Violin
The normal sheep of the family, Vanya is left out of missions to focus instead on practicing the violin. She leaves the Academy and writes a book, Extra Ordinary, detailing her estrangement from the rest of the Academy. Little does she or anyone know how much potential she actually had until she auditions for the Apocalypse Suite.
Cab driver: Going somewhere important?
Vanya: Yeah... Anywhere but here.
Sir Reginald Hargreeves/The Monocle 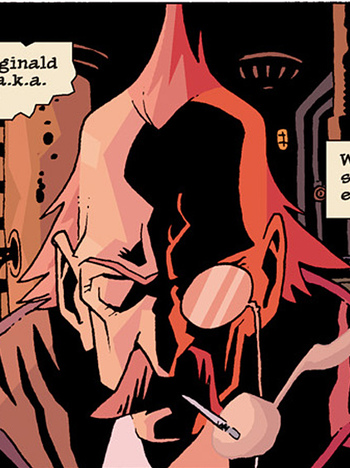 Entrepreneur, Olympic fencer, Nobel prize-winning scientist, space alien. After the Bizarre Baby Boom, he came to adopt as many of the inexplicably born children as he could find, and could only manage to get seven.
Dr. Phineas Pogo
A chimpanzee Hargreeves experimented on and made sapient.
Grace Hargreeves
A gynoid Hargreeves created to take care of the siblings.
Advertisement:

Orchestra Verdammten
A doomsday cult disguised as an orchestra whose M.O. is to use Vanya, the White Violin, to destroy the world.
The Conductor
The leader of the Orchestra.

An organization dedicated to preserving the timeline by any means necessary.
Temps Aeternalis in general
Carmichael
A sentient goldfish who leads the organization.
Hazel and Cha-Cha
The Temps Aeternalis' top assassins after Number Five.