Characters / Shake it Up 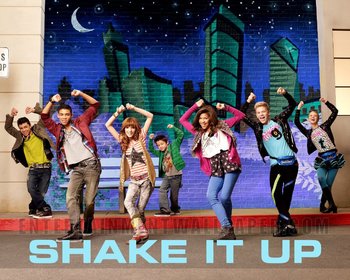 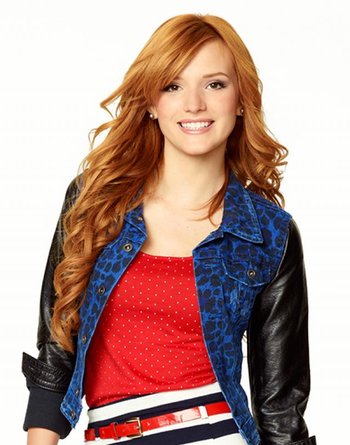 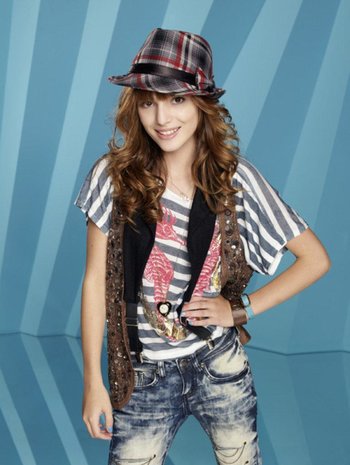 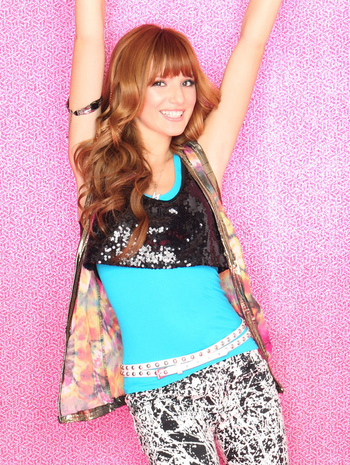 to see CeCe in season two

CeCelia "CeCe" Jones is one of the main characters and the primary lead main protagonist on Shake It Up where she dances on the local teen dance show, Shake It Up, Chicago!. She is the daughter of Georgia Jones and J.J. Jones and the older sister of Flynn Jones. She is best friends with Rocky Blue. She lives in an apartment with her mother and brother in the suite below Rocky and her family. Her parents are divorced and her father lives in Florida. She attends John Hughes High School in Chicago, Illinois. She wants to become famous and also wants Rocky to be famous with her.

Yeah, that's how it starts, first energy drinks that leads to harder stuff, next thing you know you're thrown off the show, you drop out of school, your mom kicks you out and you're living behind a dumpster and everyone knows that you can't plug your cellphone into a rat's mouth! 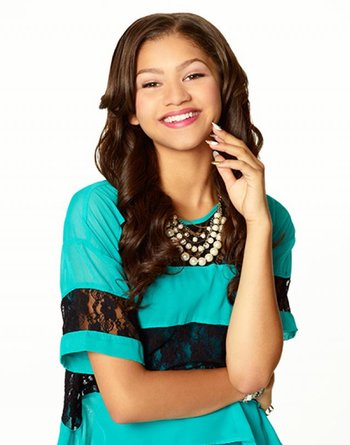 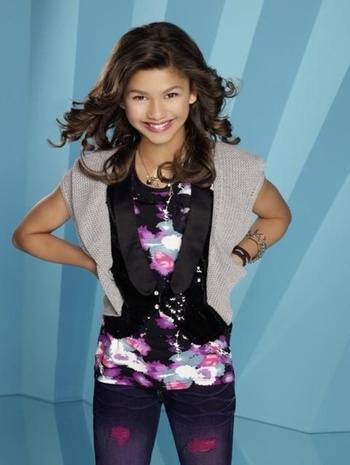 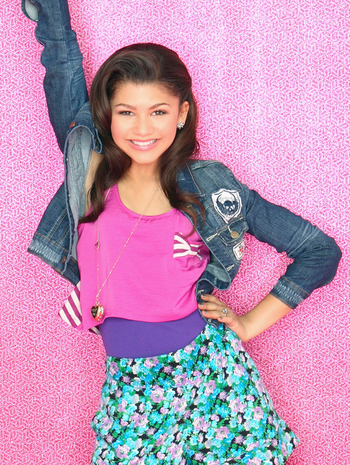 to see Rocky in season two

Raquel "Rocky" Oprah Blue is one of the main protagonists and the lead Deuteragonist on Shake It Up where she dances on the local teen dance show Shake It Up, Chicago! However, in "Ty It Up", she was kicked off the show because the new producer wanted fresh, new faces. She is the daughter of Marcie Blue and Curtis Blue and the younger sister of Ty Blue. She lives in an apartment with her family in the suite above her best friend, CeCe Jones, and her family. Her father is a doctor who later returned in the second season after being away on business trips and working overseas. She attends John Hughes High School in Chicago, Illinois. 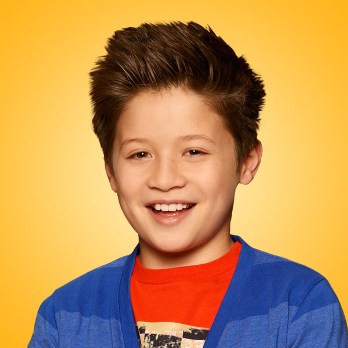 Flynn Jones is a main character on Shake It Up. He is the youngest character of them all on the show at 11 years old. He is the son of Georgia Jones and J.J. Jones and the younger brother of "CeCe" Jones. He lives in an apartment with his mom and sister in the suite below the Blue family. He is often babysitted by some of his friends; Ty Blue, Deuce Martinez, and sometimes Gunther Hessenheffer (along with Tinka Hessenheffer). He is often seen with his best friend Henry Dillon. He attends an elementary school in Chicago, Illinois. His parents are divorced and his father lives in Florida. 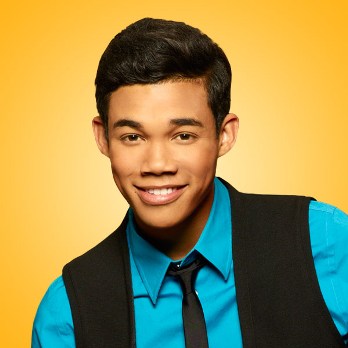 Ty Blue is a main character on Shake It Up. He is the son of Curtis Blue and Marcie Blue and the older brother of Rocky Blue. He is friends with "CeCe" Jones, Gunther Hessenheffer and Deuce Martinez. He lives in an apartment in Chicago, Illinois with his family in the suite above the Jones family, for whom he often babysits Flynn Jones. His father is a doctor that returned in the second season after being away on business trips and working overseas. Although he is a very good dancer, he does not want to go try out for Shake It Up, Chicago!, claiming he doesn't "dance for the man". Instead, he aspires to be a rapper. Later, he changes his mind and reveals to his sister Rocky that he does want to be a dancer on Shake It Up, Chicago! and attends the auditions for the revamped version of the show, with Tinka Hessenheffer as his dance partner. He is eventually made the show's new host. He attends John Hughes High School. 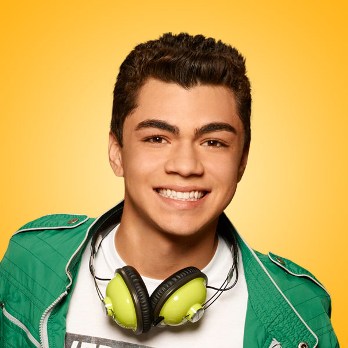 Martin "Deuce" Martinez is a main character on Shake It Up. He has been described as a con-man, usually seen selling random things from the inside of his jacket. Deuce has connections to everything ("Add It Up"). His father George Martinez was seen in a episode but not his mother or sister, however they were mentioned. He has many family members. A handful of his cousins have been seen in different episodes. His most prominent family member is Uncle Frank, who owns Crusty's, where Deuce works. He attends John Hughes High School in Chicago, Illinois with his friends, Ty Blue, Rocky Blue, and "CeCe" Jones. He usually babysits Flynn Jones and is in a strong relationship with Dina Garcia. He can speak fluent Spanish, as seen in "Twist It Up" and "Weird It Up". 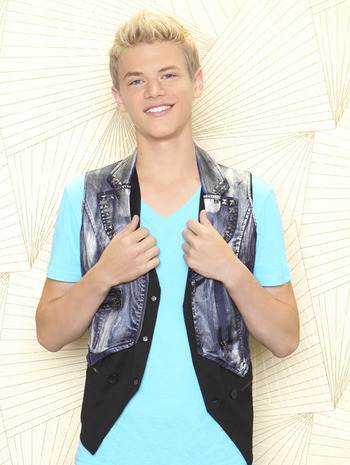 Gunther Greg Hessenheffer is a main character who appeared in the first two seasons of Shake It Up where he dances on the local teen dance show, Shake It Up, Chicago!. He’s the son of Kashlack Hessenheffer and Squitza Hessenheffer and the fraternal twin brother of Tinka Hessenheffer. He lives in an apartment with his family in Chicago, Illinois and attends John Hughes High School with Shake It Up, Chicago! dancers, CeCe Jones and Rocky Blue. He has a screaming goat named Screamie. He has been an exchange student along with Tinka since the first grade and was born in a small mountain country in Europe that has never been addressed by name, but referred to many times. 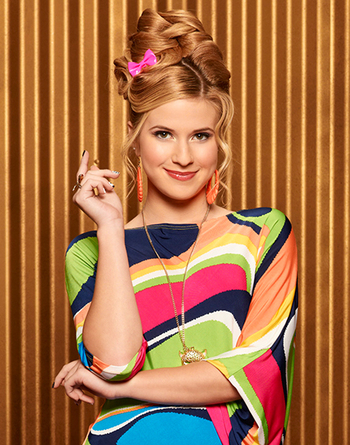 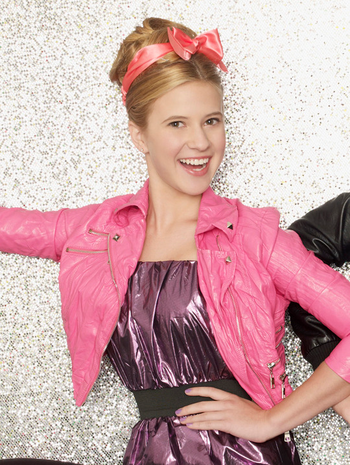 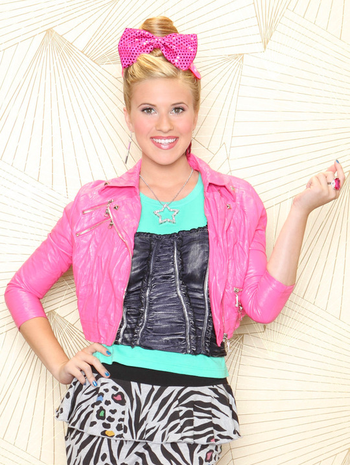 to see Tinka in season two

Tinka Hessenheffer is a main character in the TV series, Shake It Up. Tinka dances on the local popular teen dance show, Shake It Up, Chicago!. She is the daughter of Kashlack Hessenheffer and Squitza Hessenheffer and the fraternal twin sister of Gunther Hessenheffer. She lives in an apartment with her family in Chicago, Illinois and attends John Hughes High School with fellow Shake It Up, Chicago! dancers, Rocky Blue and CeCe Jones. There rarely is a time when Tinka isn't making a remark to CeCe and Rocky with her brother, Gunther. She has been an exchange student since the first grade, which is weird because she remembers a lot from home, and was born in a small mountain country in Europe that has never been addressed by name, but referred to many times. She was a recurring character in Season 1, although being one of the core characters in the show, likely due to Disney Channel's strict rule of having only 6 starring cast members on all their programs, but was upgraded to a main cast member in Season 2. Once frenemies, she became friends with Rocky Blue and CeCe Jones in Fire It Up. 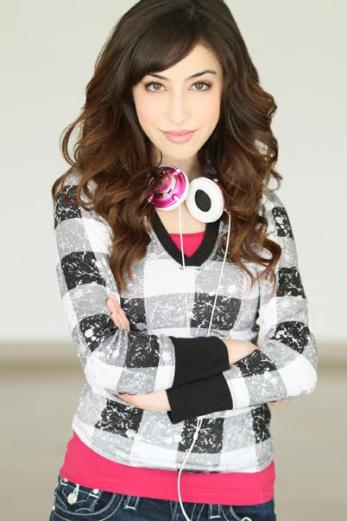 Dina Maria Louisa Schwartz-Garcia is the daughter of Don Rio Garcia and Mrs. Garcia. She has the same personality as Deuce Martinez and is dating him. They are alike in many ways. Dina comes from a very rich family. Dina has a pet pig named Pinkie. Dina is much like her boyfriend, Deuce, as she sells items around the school and wears colorful headphones around her neck a lot. She possess a New Jersey accent. 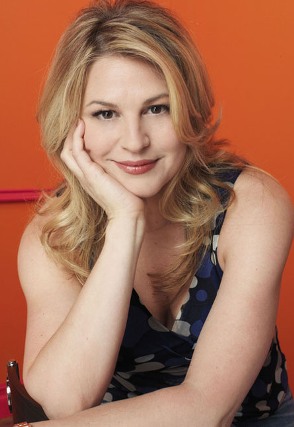 Georgia Jones is the mother of both CeCe Jones and Flynn Jones. She is divorced from her children's father, J.J. Jones. She works as a police officer. Her first appearance was in "Start It Up" and she is the ex-fiance of Jeremy Hunter. 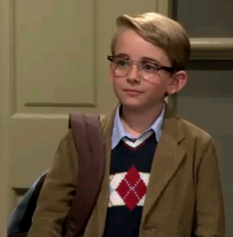 Henry Dillon is Flynn's best friend when they met in "Add It Up" through CeCe Jones. Henry started out as CeCe's math tutor and was the one who revealed that she had dyslexia. He is a super genius, having graduated college and teaches at various levels of schooling. 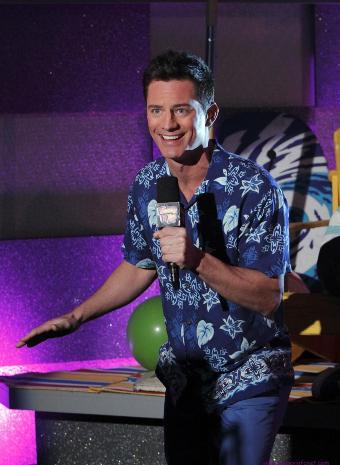 Gary Wilde is the devilishly handsome, egocentric and narcissistic former host/producer of the television dance show, Shake It Up, Chicago! He tends to take credit for what other people do and is a bit self-involved at times. However when it comes down to it, he usually ends up doing what is right. 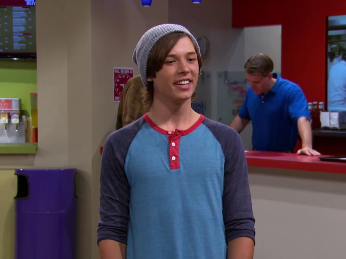 Logan Hunter appears in multiple Season 3 episodes of Shake It Up. Logan is the son of Jeremy Hunter and was going to be CeCe Jones and Flynn Jones's stepbrother and Georgia Jones's stepson, until I Do It Up, when Georgia and Jeremy don't get married because they felt that they rushed into their relationship. Logan and CeCe do still see each other, because Logan and Rocky end-up dating for 6 days then they break up, because CeCe gave Logan another chance and Logan didn't give CeCe a chance.