Honnouji Academy students who run the school clubs and work directly under the Elite Four as henchmen. Only they are permitted to wear Two-Star Goku Uniforms that grant them superpowers greater than One-Stars' simple Status Buffs, but nowhere near as powerful as Three-Stars. 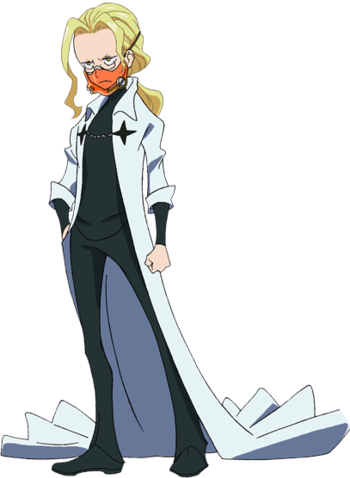 "This is a Five-Star Goku Uniform whose weave is 50% Life Fibers. Commence sewing!"

The Sewing Club President and nephew of Satsuki's butler, Soroi. He oversees the research and development of the Goku Uniforms. 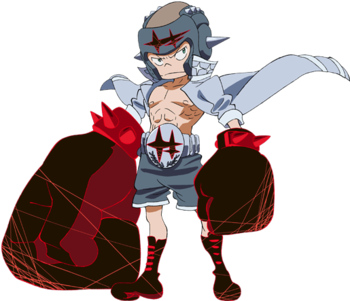 "To boxers, these gloves and trunks are our uniform!"

The Boxing Club Captain. His Two-Star Goku Uniform gives his boxing gloves the strength of steel. 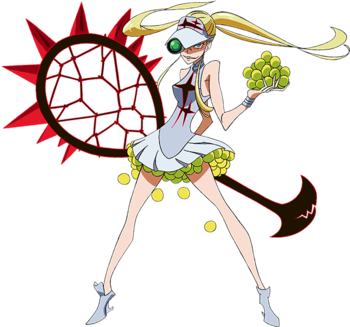 "Our rule is that anyone who fails to come to practice will suffer the 110 Million Cannonball Serves."

"I want to show them that even No-Stars have their pride!"

Ryuko and Mako's classmate, an injured No-Star student who they help on No-Late Day. In truth, she is the Head of Trap Development for the Disciplinary Committee, who plots to steal Senketsu for her own ends. 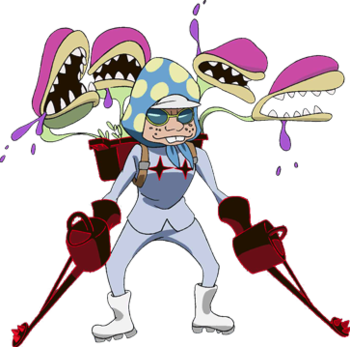 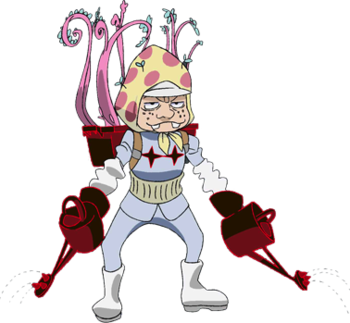 Kusatao Uwabami
"Fool! A mere gun is useless against a Goku Uniform!"
"Now we're going to have revenge for what you did on the terrace."

The Terrace and Backyard General Managers of the Gardening Club, respectively.

Mako Mankanshoku
See this page for more information.
Minor Club Presidents
The other presidents of Honnouji Academy that get little time on screen: Aizenbo Fuguhara of the Ping Pong Club, Maimu Okurahama of the Folk Dance Club, Jack Naito of the Knife Throwing Club, Masuyo Watari of the Tightrope Walking Club, Kagesaburo Kagero of the Nanjing Lily Club, Ryosuke Todoroki of the Automotive Airsoft Club, Tatamu Otte of the Origami Club, and the Touki brothers of the Pottery, Arts, and Crafts Club. There are several others that are unnamed.
Shinjiro Nagita 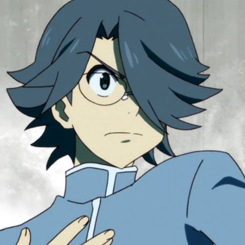 "You're Honnouji Academy's revolutionary! I can fight, too! Just as long as you lead the way!"

A No-Star student and former member of the Newspaper Club, suspended from Honnouji Academy after trying to start an insurrection against Satsuki through the school paper.

A No-Star student who steals a one-star Goku uniform in the first episode.