Mako's poor, eccentric, yet happy family who live contentedly in the slums of Honnou Town. They become Ryuko's surrogate family after she transfers to Honnouji Academy. 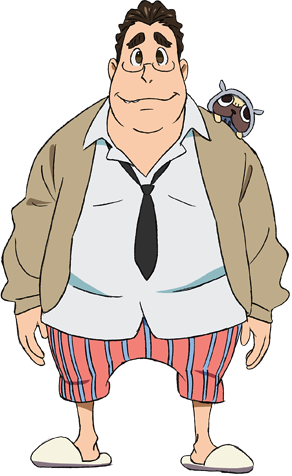 "Don't worry about it. The dead ones don't sue you."

Mako's father. He is the town's unlicensed doctor who's killed more patients than he's actually saved them.

"If belting my husband or Mataro makes you feel better, feel free to belt away!"

Mako's mother, an extremely carefree woman who always does what she wants.

Mako Mankanshoku
The first child and only daughter of the family.

"You were totally bad-ass, swinging that scissor around half-naked! Nobody in their right mind could fight dressed like that!"

Mako's younger brother. He leads a gang of troublemakers who mostly loiter around the slums of Honnouji. 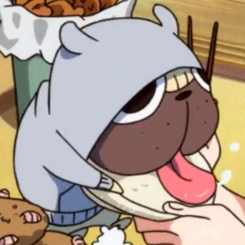