The four strongest members of the Student Council hand-picked by Satsuki to act as her generals. They are all Three-Star students whose Goku Uniforms can transform into mighty suits of armor, giving them powers exceeded only by the Kamui themselves. 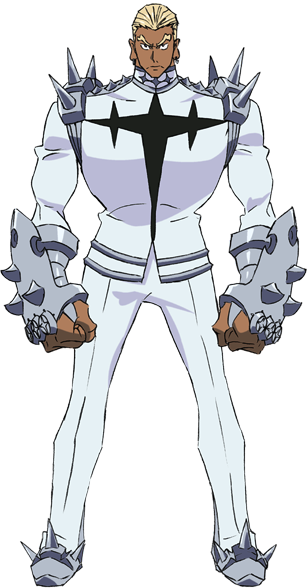 "Listen up, students of Honnouji Academy! As long as Ira Gamagoori draws breath, this academy's rules will stand firm!"

The Disciplinary Committee Chair and Satsuki's loyal enforcer. Bombastic and relentless when punishing truants, Gamagoori will stop at nothing to mould the model student body. His Three-Star Goku Uniform, the Shackle Regalia, is unique in that it can transform into the more formidable Scourge Regalia when he absorbs enough damage. 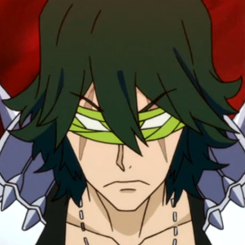 "So you're dead set on this. All right, show me the power of a man's resolve!"

The Athletic Committee Chair, commanding officer of the various sports clubs at Honnouji Academy. Sanageyama is rather laid back, but makes no effort to mask his true passion for serving Satsuki. He is also a kendo practitioner, with his Three-Star Goku Uniform Blade Regalia allowing him to see from any angle with great accuracy.

"It's one unbelievable thing after another here. That's what makes this academy so fascinating."

The Information and Strategy Committee Chair, charged with the finance and strategic planning of the Student Council. Unlike his fellow elites, Inumuta is more interested in gathering data on Ryuko's Kamui rather than defeating her. His Three-Star Goku Uniform, Probe Regalia, allows him to analyze and predict his enemies' moves in the heat of battle. 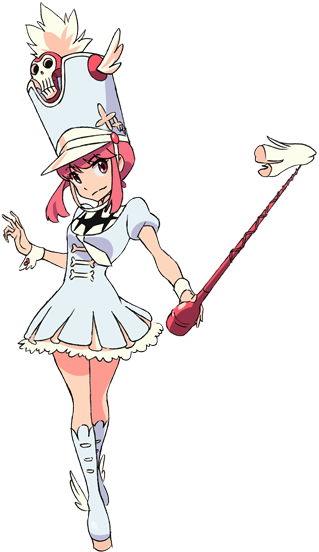 "How shocking. The toad, the monkey, and the dog all screwed up big time."

The Non-Athletic Committee Chair and commander of the school's culture clubs. She boasts having been Satsuki's friend since kindergarten, and fancies herself Satsuki's equal. As a music conductor, Jakuzure's Three-Star Goku Uniform Symphony Regalia is a mobile sound system that utilizes sound-based attacks and musical instrument-shaped artillery.