Pop stars, gangsters, soldiers, scientists, beasts, superheroes, sorcerers, robots, undead, aliens, time-travelers... F-Zero has many colorful pilots, each having their own goals and backstories in a rather unique future.

So many that we need a few extra pages to list them all. This page not only lists an index for character subpages, but also the characters present in the original F-Zero. Check the following pages for characters who debuted in: 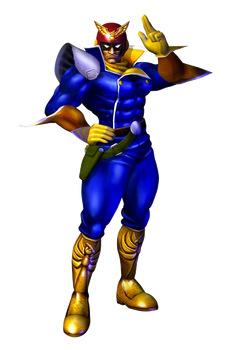 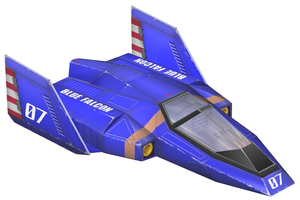 "The Blue Falcon is the fastest machine on the Circuit."

The main character of the F-Zero franchise and probably more well-known than the series itself thanks to Super Smash Bros.. Captain Falcon is a man in his mid-30s who's said to be one of the best bounty hunters, as well as one of the best pilots, in the universe. Most of his past is shrouded in mystery, although it's known that he was born in Port Town. He has a small facility in Mute City where he trains via virtual reality, as seen in GX.

His Machine is the Blue Falcon, rated B-C-Bnote This is the standard rating convention for all machines, measuring, in order, its Body (durability and shield energy), Boost (how fast and how long the duration of its boosts last), and Grip (how well it stays stable on the track, especially through turns; note that low Grip ratings usually allow players to drift wildly through turns) and weighing 1,260 kg (approximately 2,800 lbs.); its creator and engine(s) are unknown, adding further to the mystique. It is considered to be the most well-rounded machine in the games it appears in. Its driving style is average too, so anyone playing can (theoretically) use it well. However, the Blue Falcon is usually ranked 10th or lower when controlled by the A.I. It has appeared in many a Nintendo games, most notably in Mario Kart Wii as a lightweight kart, Mario Kart 8 as a DLC kart body, and as a decoration in several Animal Crossing games. 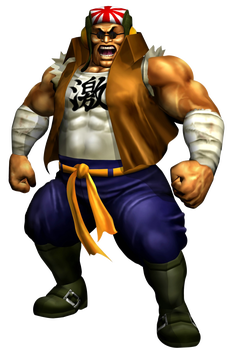 "Pedal to the metal! Samurai Goroh stops for no one!"
Click here to see his F-Zero machine 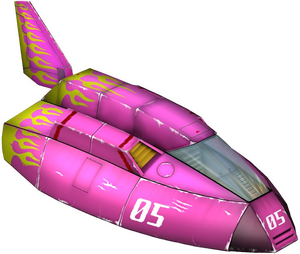 A Japanese-American samurai and criminal, Samurai Goroh is the main rival to Captain Falcon. The rivalry between Goroh and Falcon began a long time ago, and is the reason he became a F-Zero racer and, probably, a bounty hunter as well. He now leads a group of interstellar bandits whose main headquarters is located in Red Canyon. His illegal activities have made him a target of many; of note Antonio Guster, his old right-hand man that he let get arrested by the Galactic Space Allies.

His Machine is the Fire Stingray (although rumors say that he stole it), rated A-D-B and weighing in at a hefty 1,960 kg (approx. 4,320 lbs.), it was created by Toramon Echigoya and uses two RS-5060 engines, aka "The Pride of the Universe." The driving style is more focused on speed and stability, however this leads it to have cruddy acceleration. 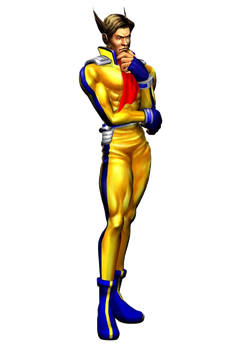 "Who wants guaranteed success? All I'm interested in right now is the thrill of F-Zero!"
Click here to see his F-Zero machine 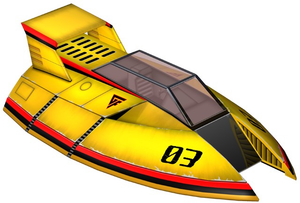 "The Golden Fox — just as my late father designed it."

Dr. Robert Stewart is a licensed medical doctor who took up racing on the F-Zero circuit after the mysterious death of his father, Kevin Stewart, a university professor and F-Zero pilot in his own right. When the Great Accident occurred, he was brought in to perform surgery on all those injured in the crash. And despite some very gruesome and horrible injuries, every operation was a success and Dr. Stewart didn't lose a single patient.

His machine is the Golden Fox, ranked D-A-D, weighing 1,420kgs (approx. 3,130 lbs.; originally 1,020, or approx. 2,250 lbs.) and was passed down to him by his father. Its lightweight construction and weak grip makes it ideal for drifting through corners, even if its high speed and top-notch boost make it a touch difficult to control. 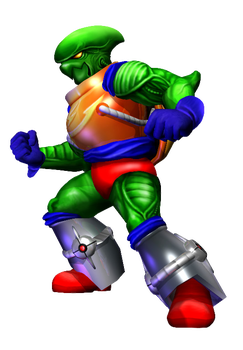 "I'm going to bathe the Circuit in blood!"
Click here to see his F-Zero machine 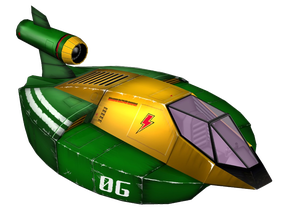 "Next time, no one will make it home alive!"
An alien assassin resembling a humanoid turtle (the name of his species is still a mystery). Pico used to serve in the military, but now he uses his skills to accomplish hitjobs. His aggressive driving is believed to have caused the Great Accident during the Grand Prix, leading to many injured victims. Because of this, Pico became very unpopular, although that hasn't deterred him from racing, much less change his driving style.

His machine is the Wild Goose, ranked A-B-C, weighing 1,620 kg (approx. 3,570 lbs.) and equipped with three ES-8302 engines. It is a modified military vehicle that was awarded to Pico upon his retirement from the army. It is one of the most durable ships, with a good top speed, but low acceleration and grip.

Pico: "I hate losing to any driver whose blood is red!"
Advertisement:
Mr. Zero
The announcer for the F-Zero Grand Prix.