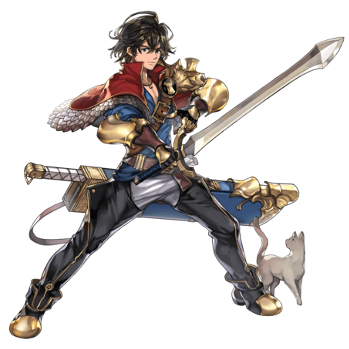 The main character of Another Eden. Aldo and his sister, Feinne were raised by the mayor of Baruoki after being found in the Moonlight Forest. He always means well, although he doesn't always think things through to the fullest. 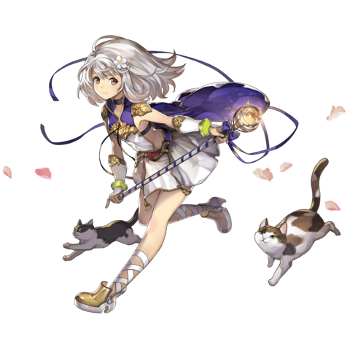 Feinne is Aldo's younger sister. She is kind, but perfectly willing to be forceful when she thinks it's needed. She's kidnapped near the start of the game by the Beast King, due to the mysterious power she has.
Riica 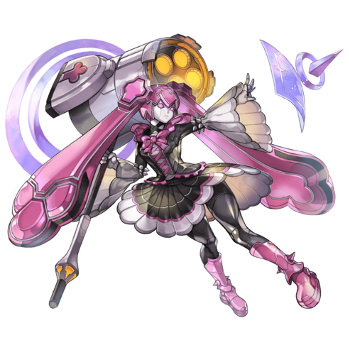 Riica is an all-purpose KMS android, whom Aldo meets during his first trip to the future.
Amy 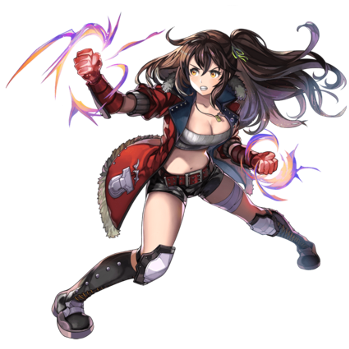 Amy is a hunter from the future, who lost her mother when the synth-humans first declared war on the humans. She helps Aldo get his bearings after he gets stranded in the future.
Cyrus 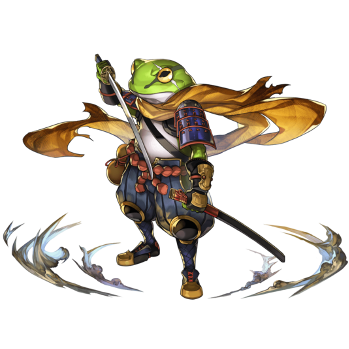 Cyrus is a swordsman from antiquity who looks like a frog. He hid away in a swamp due to his cursed form, but Aldo persuades him to join his quest.
Helena 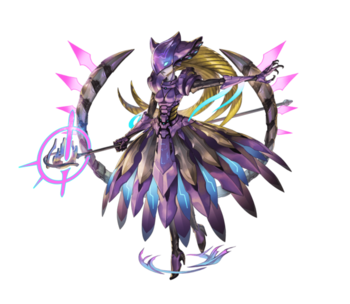 Helena is a Synth Human, a special model designed by Professor Chronos himself. While she is Galliard's supporter, at heart she is a pacifist who wishes to co-exist with humanity. 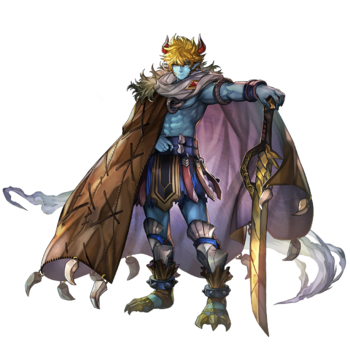 Guildna is king of the beast folk, a people descended from the elemental spirits. He kicks off the main plot by kidnapping Feinne, believing her to have the power that will allow him to destroy humanity. After the power of the Geo Prisma resurrects him in his younger form, he decides to find peace with the humans with the help of Altena.
Galliard 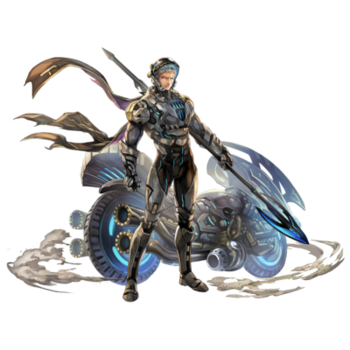 The commander of the Synth Human army, before his defeat. He was built along with Helena by Professor Chronos as a pair of twin units.