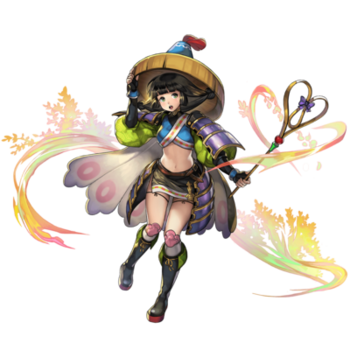 A young girl who works as a maid for Sheila. Sheila saved her life long ago, and so now Chiyo wants nothing more than to become like her. However she's more than a little clumsy, which often leads to trouble. She loves to swim, and will want to jump into any body of water she sees. 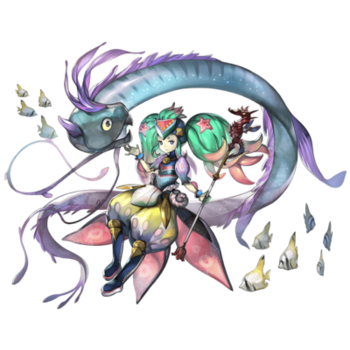 Unlike most other characters listed here, Levia can only be obtained after fishing up the four Lake Lords across the game world and confronting and defeating the unsealed Leviathan for good. As the ultimate prize of the Fishing Minigame, Levia also is a guaranteed 5-star character, and doesn't require any tomes to unlock her full potential.
Nagi 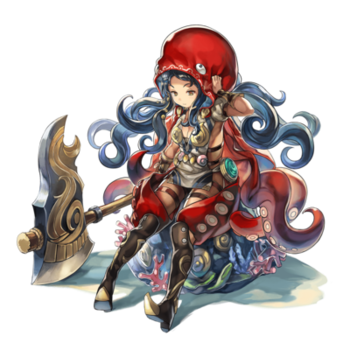 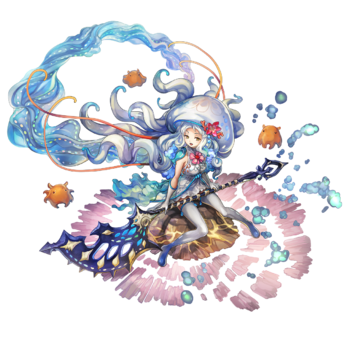 The captain of the squids, who served the Otohime before being banished. She grew up alone in the wilds before meeting the Otohime. No one knows much about her or where she's from. She doesn't even know.
Sheila the 25th Otohime 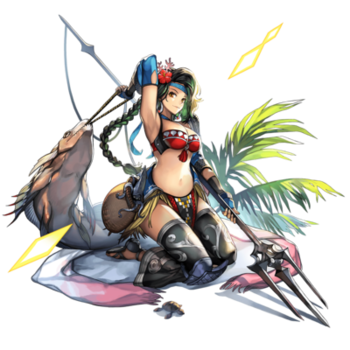 A lively woman who hates having to think about things. This causes her to act naive, and also somewhat blunt and violent. When she puts her mind to something, she can never let go of it. She likes sea turtles and is connected to the Dragon Palace somehow. 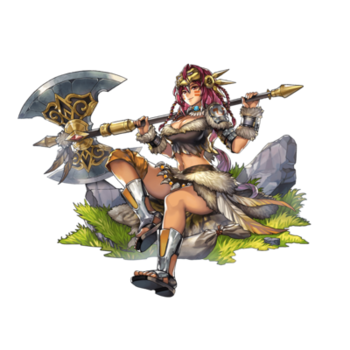 Cyuca used to be a warrior with the Hundred Flowers, a women only outlaw gang. She left the gang though, in search of... something.
Gariyu 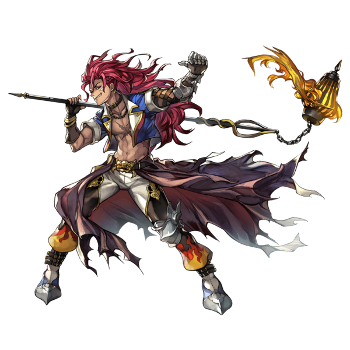 A fire magic specialist who travels the land looking for others to battle. Gariyu believes himself to be unstoppable and superior to anyone, and is crude and ruthless in his fighting style.
Ilulu 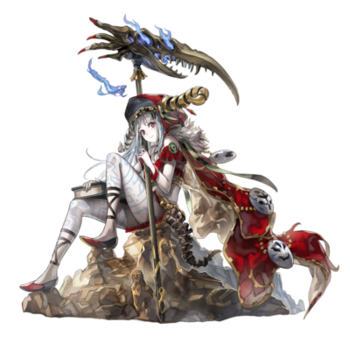 A girl with a mysterious aura wielding a huge sickle. Beyond her innocent looks she also possesses a rather childish nature. She tends to disturb the people around her with her erratic behavior. Her sickle seems to have some kind of special power that can cut through something very important to people. It is believed that Ilulu comes from some otherworldly place.
Lele 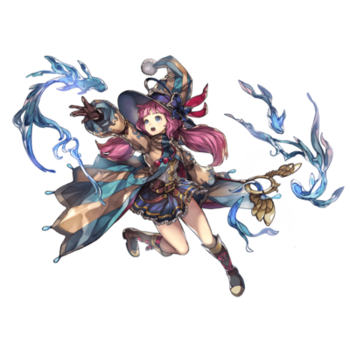 The granddaughter of a great mage, it's clear to see that this apple hasn't fallen far from the tree. However, Lele is a lively young witch who never sits still ands hasn't seen much of the world, so her grandfather sent her out to learn more about it. 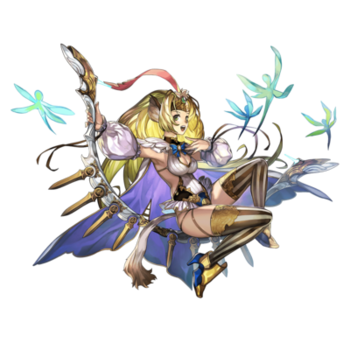 A bard with the power of the Wind Spirit. She is known as the "Diva of the Wind." She is innocent and likes to care for people, so is adored by children. She doesn't like conflict, and tries to use her songs to pacify people before things get out of hand. As Lovinia's songs tend to draw crowds, she's popular in taverns.
Melina 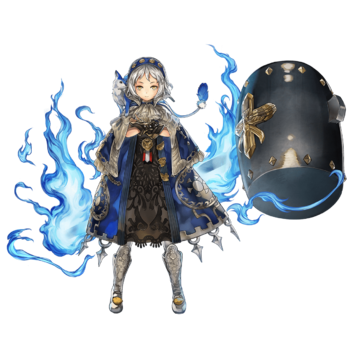 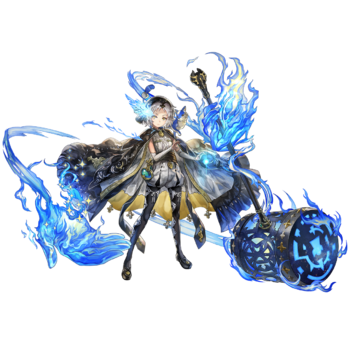 A woman dispatched from the far west to spread the word of her faith with her familiar Noah. Possessing great magical powers, Melina rose through the ranks of her faith, and is now a Priest, despite her age. Her youthful exterior covers a mature spirit.
Myron 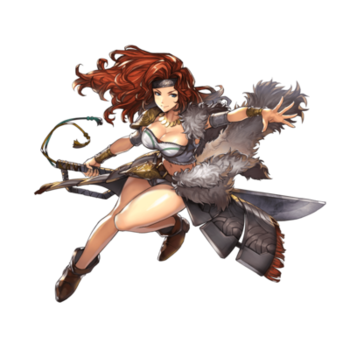 An extremely curious highlander traveling the world. Coming from a religious family in Acteul, Myron left home to broaden her horizons and now makes her living as an adventurer. A rough and ready character, she does not care for the details. Her devout upbringing makes her still very naive about love.
Nikeh 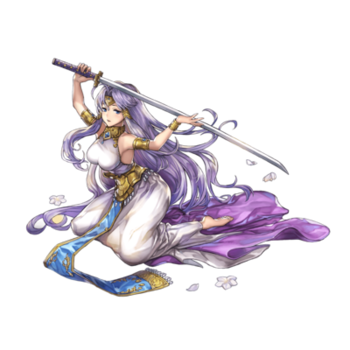 Nikeh is a graceful swordsman from the east. Her reknown with the sword as well her petal-like movements has earned her the title "Flower of Death", fitting for her job as a professional killer.
Nopaew/Poporo 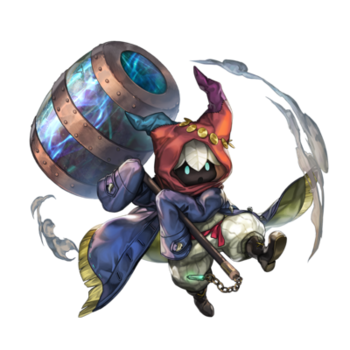 A boy from the Nopaew Clan. The leaves on what might be called his forehead is said to be special and different than the other Nopaew Clan. The Nopaew Clan is unable to understand or speak the human languages but this boy is able to grasp it. However, it seems that when he starts to panic, his Nopaew Clan language comes out without him realizing it. Poh poh!
Parisa 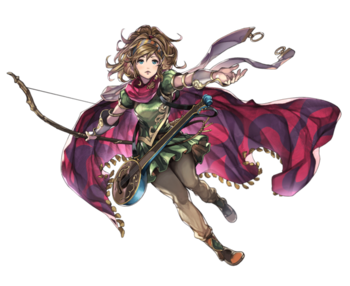 Parisa is an archer who's also skilled with the lute and lives as a traveling musician, being raised by a troupe of performers. Despite her skills as a bard, she is rather timid and absolutely refuses to sing.
Prai 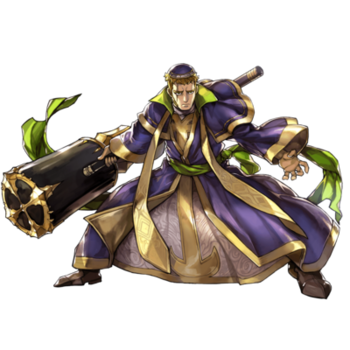 Prai is a bishop from an order of priests who focus on charity. His large build and powerful overwhelming fighting style, as well as his zeal, have given him the nickname "Fiery Friar." Something he is oblivious about.
Radica 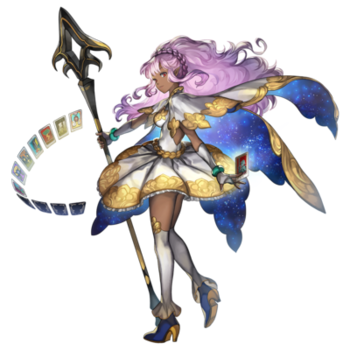 A quiet and composed Dark Elf fortune teller. She has become adept at using astral cards in her readings. Her talents for prophesizing are so great that it seems she is merely reminiscing about the past. Generally a calm elf, but can get very heated when it comes to fortune telling, which she relies on a little too much.
Raven 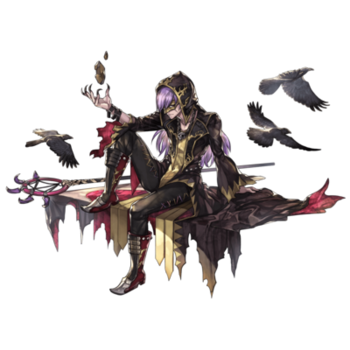 A self-admitted necromancer, Raven is wreathed in darkness and death. He has no memory of his past, and hides his scarred face behind a mask. Not wanting to be studied, he prefers to do things on his own and shuns away people.
Rosetta 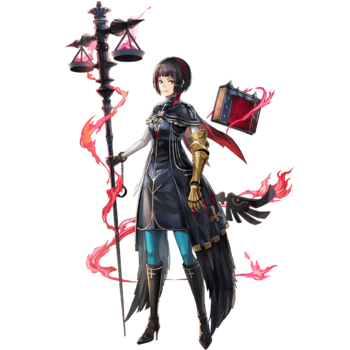 A woman with a certain special presence who works as an inquisitor in the distant western continent. "No one exists in this world without something to hide" is a phrase she strongly believes. It is rumored that none have escaped once they have been called into her interrogation room and deemed guilty of sin. It is said that people fall silent when the pass by her.
Samora 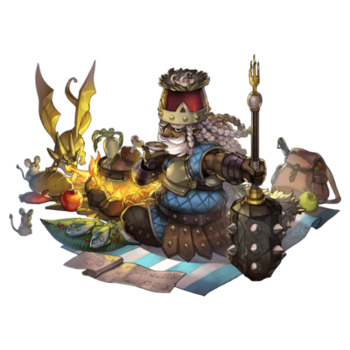 Samora is a dwarf who loves food and cooking. Always carrying his cooking gear, he'll try to eat just about any monster that he can slay, whether it's a good idea or not. At least the team is well fed while he's around.
Shanie 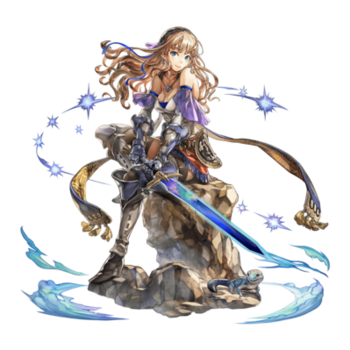 A practitioner of a strange martial art known as "Magic Blade." A drifter, Shanie travels from place to place, seemingly with no end in sight. Due to her looks and good nature, she's often approached by suitors. Clearly something she's trying to avoid.
Toova 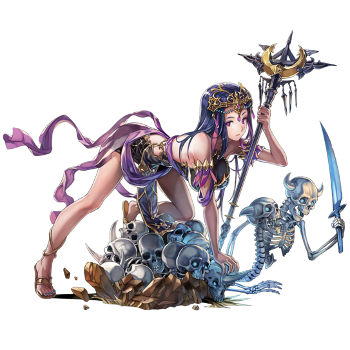 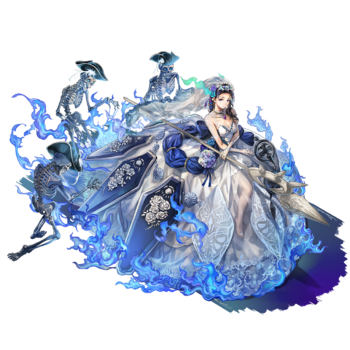 A woman who practices the rare art of necromancy. Toova is a mystery wrapped in an enigma, with an appropriately quirky personality to go with her unknown origin.
Yio 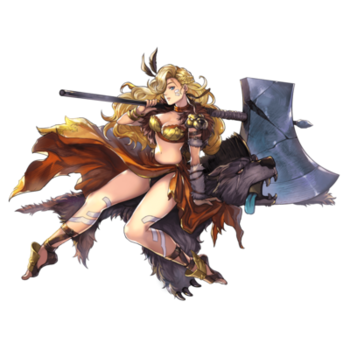 Yio is known in her hometown as a calm and collected dinosaur slayer. The truth is that she's terrified of dinosaurs, and only manages to kill them due to blind panic.
Yuna 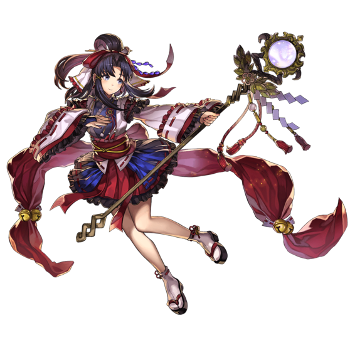 Yuna is a shrine maiden who serves a spirit that controls the weather. While she can summon rain, she has trouble keeping her powers in check. She travels in hopes that she can take control of her abilities.
The Rainbow Sisters
A group of eight tribal sisters connected to the various colors of the rainbow.