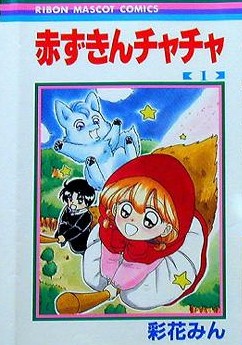 Chacha is an orphaned girl who lives with Seravy— the World's Greatest Magician— at the top of Mochi Mochi mountain. Seravy tried to teach Chacha magic, but her spells always go awry. When Chacha goes to the magic school, she meets Shiine (pronounce it She-neh), another apprentice magician, and Riiya the wolfboy. When the three are together, Chacha can transform into "Magical Princess" in order to fight the minions of Daimaou, the Great Devil King.

The original manga, written by Min Ayahama, was a Cute Witch series, running in Ribon from 1991 to 2000 and 13 volumes. The 1994-5 anime series however turned Chacha into a Magical Girl Warrior.