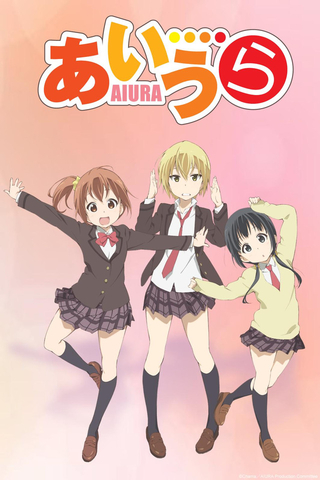 Aiura is a Japanese yonkoma manga series by Chama, which ran from 2011 to 2014. It was first published on the Niconico Seiga image sharing website in a subsection that hosted user-submitted and officially-serialized manga, and later in the magazine 4-Koma Nano Ace. An anime television series consisting of twelve five-minute episodes premiered on TV Tokyo in April 2013.

It follows the lives of high school students Kanaka Amaya, Saki Iwasawa, and Ayuko Uehara, three "annoying, spirited high school girls with zero motivation," and the lives of those around them. Because of its short length, the show bypasses many of the trappings associated with Slice of Life comedy, and maintains episodic consistency by focusing on only one or two incidents in each episode.

Those living in the US can watch this anime legally at Crunchyroll.