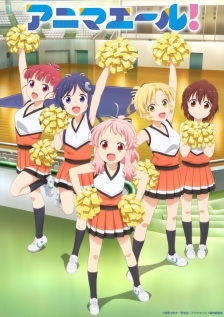 The manga, written and illustrated by Tsukasa Unohana, was serialized in Manga Time Kirara Carat from February 26th, 2016 to August 28, 2020. It received a 12-episode anime adaptation by Doga Kobo, which aired as part of the Fall 2018 season of Anime.

This anime provides examples of the following tropes: