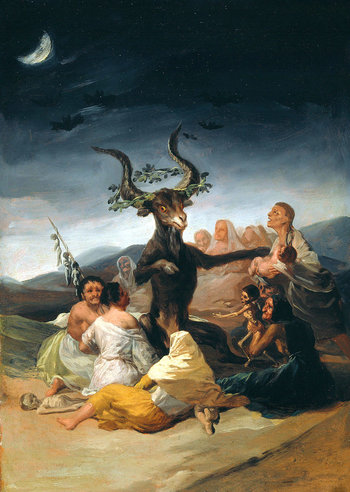 Witches' Sabbath (Spanish: El Aquelarre) is a 1798 oil on canvas by the Spanish artist Francisco Goya. Today it is held in the Museo Lázaro Galdiano, Madrid.

It was purchased in 1798 along with five other paintings related to witchcraft by the Duke and Duchess of Osuna. The acquisition of the witchcraft paintings is attributed to the duchess rather than her husband, but it is not known whether they were commissioned or bought after completion. In the twentieth century the painting was purchased by the financier José Lázaro Galdiano and donated to the Spanish state on his death.

Not to be confused with the Francisco Goya painting Witches' Sabbath (The Great He-Goat).