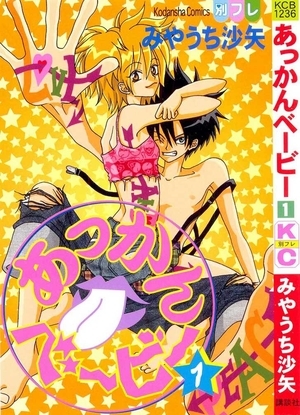 Akkan Baby is a three-volume shoujo manga revolving around the adventures of two 16-year-old Too Dumb to Live rock band groupies named Yuki and Shigeru. These two meet at a concert and start having a carefree Friends with Benefits relationship until some of Shigeru's more down-to-earth friends mention the possibility of pregnancy. After some humor based on Shigeru's inability to read a pregnancy test, she discovers she's pregnant. Hilarity Ensues.