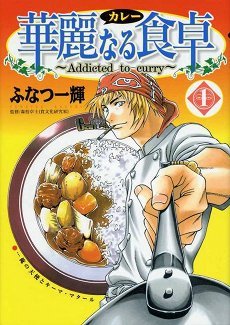 One day, Yui Sonezaki finds a homeless man on the street. Out of the kindness of her heart, she feeds him. He ends up following her to her beloved family curry shop which is about to be sold off. It turns out this man, Makito Koenji, is a skilled chef who loves curry. The two decide to team up to keep the shop afloat.