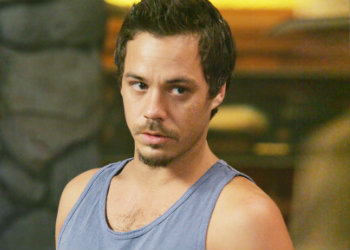 "I ain't gonna hurt you, chère."
Played By: Michael Raymond-James
"No, you're the freak Cindy, you're the damn freak fucking freak fuck! Spread your legs for a dead man! Momma would roll over in her grave!"

A local resident of Bon Temps, thought to be a trusted ally and best friend to Jason Stackhouse and Hoyt Fortenberry, only to be revealed as the main antagonist for the First Season. Drew ends up being the serial killer responsible for the murders of several Fangbangers, an innocent bystander, a cat named Tina, and the multiple attempted murders of Sookie Stackhouse.

Even after Drew's real name is revealed, characters continue to occasionally refer to him as René. 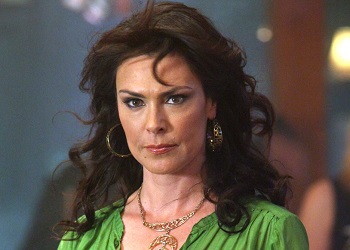 "Go, flourish and don't ever say 'no' to yourself."
Played By: Michelle Forbes
"Feeling sorry for things is just an excuse not to celebrate your own happiness."

A wealthy maenad, who initially presents herself as a social worker. Drawn to Bon Temps due to the potent energy she attributes to a ritual performed by a faux voodoo doctor, she takes an interest in Tara and has Tara move in with her. She is devoted to Dionysus and intends to find a suitable supernatural creature to kill in his honor, hoping to bring him to earth once again. 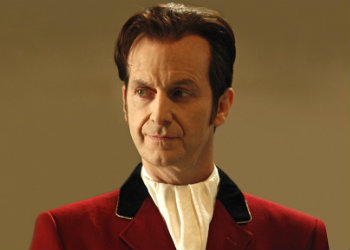 "Mine is the true face of vampires!"
Played By: Denis O'Hare
"Peace is for pussies!"

A 2,800-year-old vampire, Russell is the vampire king of Mississippi. Though often gentle and polite, he is also shown to be wrathful, manipulative, and somewhat mentally unstable. 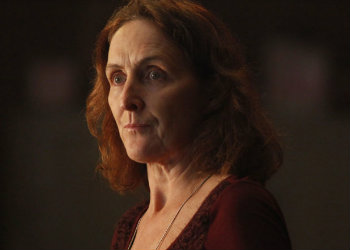 "No one lives forever, not even you!"
Played By: Fiona Shaw
"Fate brought us together to fight evil. Did you really think no one was gonna get hurt?"

A very powerful medium who served as a leader of a Wiccan coven at the Moon Goddess Emporium. 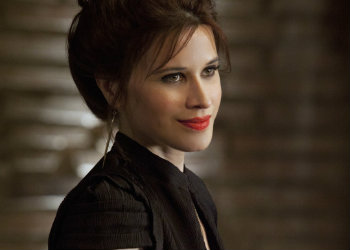 "Vampires shall rightfully rule this earth."
Played By: Valentina Cervi
"We’ve become so jaded. We celebrate our own cynicism."

A 2,000+ year old vampire and The Guardian of the Authority. She was a world class seductress and fiercely intelligent, commonly known for her "dance of the Seven Veils".

The very first vampire made in God's image, Lilith is worshipped by a cult known as the Sanguinstas. Many believe Lilith to simply be a myth, however, she proves this to be untrue when she comes into the picture and begins manipulating the Vampire Authority in her favor. 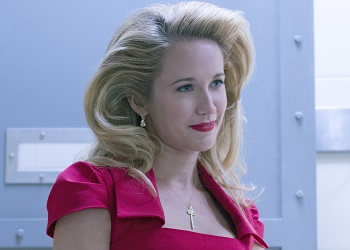 "When God's message is this clear, I am a truly unstoppable woman."
Played By: Anna Camp
"Don't bullshit a bullshitter. I'm in politics now."

The wife of Rev. Steve Newlin. She claims to have originally supported vampire rights, but that she had an epiphany after her fangbanger sister disappeared. She argues with her husband frequently because he will not give her more of a leadership role in the Fellowship of the Sun. She has a strong attraction to Jason Stackhouse, and moves him from the Fellowship camp into her home so that she can be close to him.