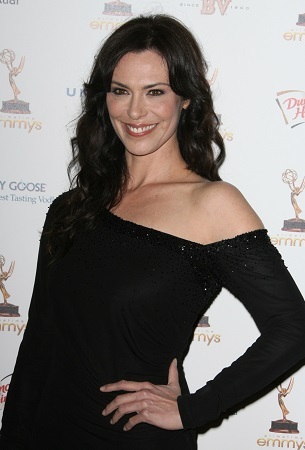 She first made an impression in the recurring role of Ro Laren in Star Trek: The Next Generation, an important milestone in the moral greying of Star Trek as the first recurring sympathetic character whose first loyalty was not to Starfleet. She is also remembered by Trek fans for turning down offers to play the role as a regular in both Star Trek: Deep Space Nine and Star Trek: Voyager, in both cases leading to the creation of an Expy.note Kira Nerys and B'Elanna Torres

These decisions were because of her hopes for a film career, which after leading roles in Kalifornia and Swimming with Sharks failed to take off. She subsequently became one of those actors who will eventually turn up in just about any American SF or fantasy TV show if it runs long enough, generally playing tough, competent, powerful women, but all over the moral scale.