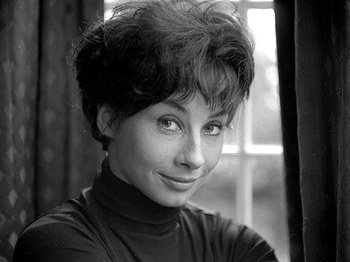 Carole Ann Ford (born 16 June 1940 in Ilford, England) is an English actress best known for her role as Susan Foreman, the Doctor's granddaughter, on Doctor Who. She was part of the original cast when the series debuted in 1963 and became the first cast member to depart in 1964. She returned to the role for the show's 20th anniversary special and has continued to play Susan for Big Finish Productions.