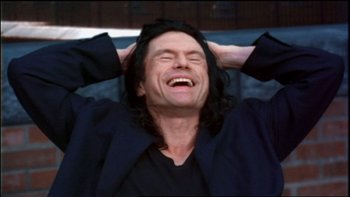 A wealthy Banker, the future husband of Lisa and Mark's Best Friend. 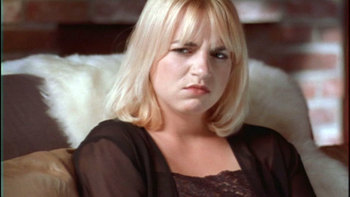 "I don't want to talk about it."
Played by Juliette Danielle

Johnny's future wife. She begins an affair with Mark; Johnny's best friend, out of boredom. 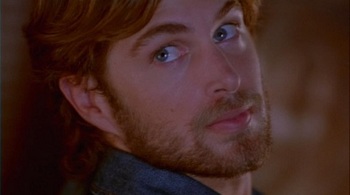 "Leave your stupid comments in your pocket!"
Played by Greg Sestero 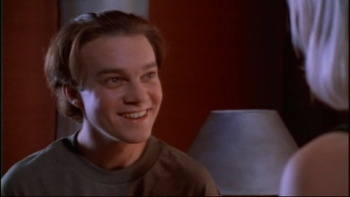 "I just like to watch you guys."
Played by Philip Haldiman

A teen(?) under the care of Johnny, who pays for his school tuition and rent. 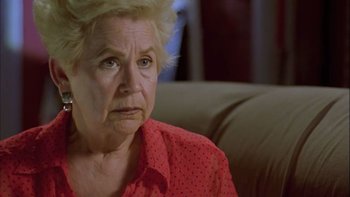 "Everything goes wrong all at once. Nobody wants to help me. And I'm dying."
Played by Carolyn Minnott

Lisa's mother and a selfish, greedy, awful person in general.

Mike
Played by Scott Holmes (credited as Mike Holmes in the film, due to Wiseau forgetting the actor's name)

One of Johnny and Mark's friends and Michelle's boyfriend.

One of Lisa's friends, confidant and Mike's girlfriend.

An aggressive drug-dealer with a past history with Denny.

One of Johnny and Mark's friends and professional psychologist.

One of Johnny and Mark's friends concerned about Lisa's infidelity and affair with Mark.

"Doggy"
As Himself
Flower Shop Lady
As Herself

Claudette's brother (and Lisa's uncle), who wants her to give him a share of her house. Claudette is less than willing to do this.

Claudette's friend, who wants to buy a new house. Claudette asks Johnny to help her with a down payment, only for him to tell her it's an awkward situation. She expected him to be more generous. The only character in the entire movie to have a surname, yet she's entirely offscreen.

What are these characters doing here?