The main cast, the allied Sinners, the antagonists, and the Abductors 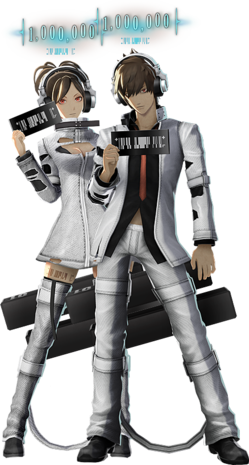 This Loser Is You
The game's resident Player Character, a Sinner who has been sentenced to 1,000,000 of prison time for being born, and thus becoming a drain on what's left of the world's resources. During a Citizen Reclamation mission with Uwe, Nina, and Carlos, the player is struck by an Abductor, delivering a near-fatal injury that strips them of their memories. During the period between life and death, they are intercepted by a girl named Aries M. on the Immaterial Plane, who tasks them with bringing about an event known as the Great Restoration.

Your reliable Robot Buddy... sorta
An android-like robot that serves as a Sinner's Living Emotional Crutch, surveillance, and combat partner. 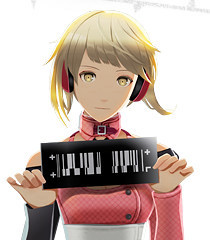 The kind-hearted gal with a handy healing thorn and still fight.
A young girl from On High who is found bound by Thorns in a Will'O-charged Cell Garden. She is the daughter of Cesare Anastasi, who mysteriously vanished some time ago. In order to hide her identity, Julien fabricates a sentence for her, allowing her to blend in with the other Sinners at the player's Panopticon.

The only citizen who is not an Ungrateful Bastard.
A rare breed among Citizens, Julien is a kind, young Citizen who is rescued by the player during a Citizen Reclamation mission. He subsequently befriends the player and their team, and becomes a valuable asset in their operations. His nickname is "Little Big Friend".

The one punky guy who shows you the basics of the Panopticon.
A feisty Sinner and the player's partner-in-crime. His nickname is "The Shazmeister".

The local big guy.
The player Sinner's senior, and a veteran Sinner. After the player loses their memories, Uwe is tasked with assisting them with their re-education.

Small, yet still pretty tough.
The daughter of Uwe, and a small but hot-headed young girl who has gained fame in the Panopticon for her victories in the Royal Round, an underground brawling ring.

A high-ranking officer in the Office of Peace and Stability, or OPS. She keeps unruly Sinners in line by punishing them with extended sentences, and takes pride in every moment of it. Despite being an officer of OPS, she's not above getting her hands dirty in combat.

Strict and Stern, that is all.

A sly fox among Sinners, Carlos is something of a smug bastard. However, his knowledge about Panopticons is curiously unparalleled. He is secretly a spy sent from On High.

This guy would totally not stab you in the back...

A youthful Sinner who shares a very tight bond with his sister, Ann. 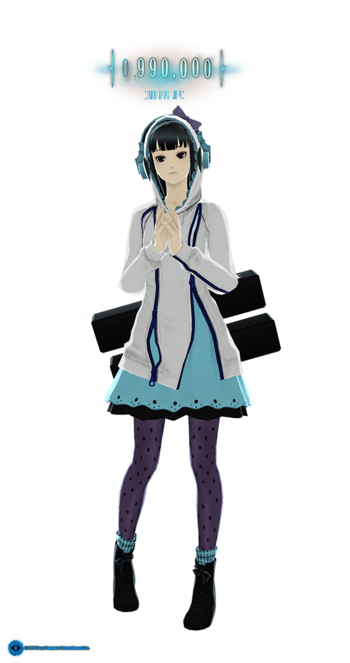 An old companion of the player Sinner prior to losing their memories. 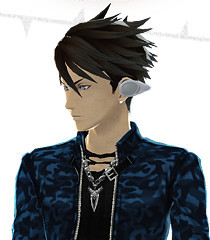 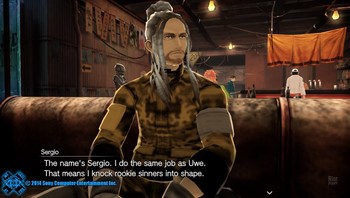 An elder Sinner who meets the player in Zakka.

A shy Sinner that the player meets in Zakka. 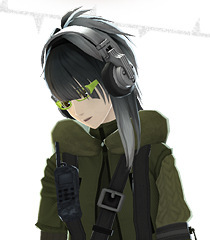 Another old companion of the player Sinner prior to losing their memories. 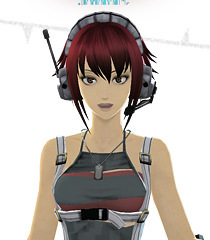 Another Sinner that the player meets in Zakka.

A girl who resides on the Immaterial Plane, a limbo between life and death. She tasks the player with bringing about "The Great Transformation". 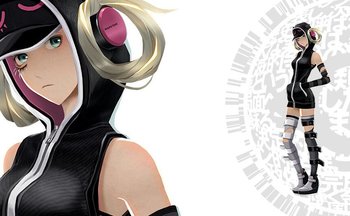 The father of Beatrice and Sylvia who was thought to have disappeared some time ago.

A man who is rumored to be able to grant wishes, although no one can confirm his existence. 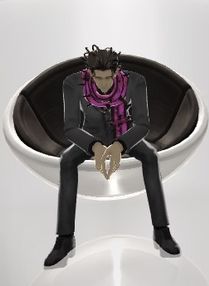 The younger sister of Beatrice who comes from On High.

A Sinner from the Hourai Panopticon who has gained international infamy for his lethality and thirst for combat. He has "earned" enough sentence extensions that he has worked up a sentence of 9,999,999 years. Despite working for Hourai, he appears to have ulterior motives. 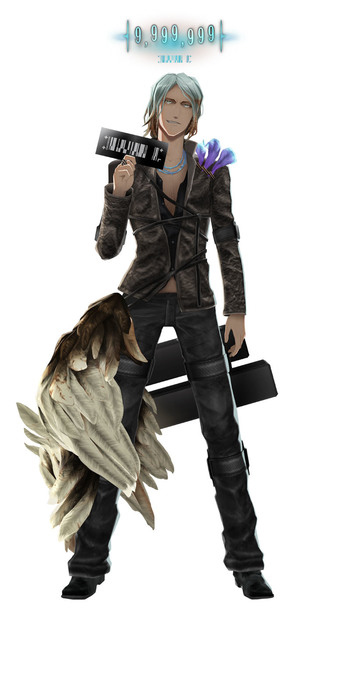 One of the three Super Prototype Abductor from which all subsequent Abductors attempted to replicate. Red Rage is a Bipedal-type Abductor wielding rocket launchers and lasers, but has the unique ability to regrow its head and arms if they are severed. While normally completely impervious to damage, the player's team develops Augmentations to counteract its power. 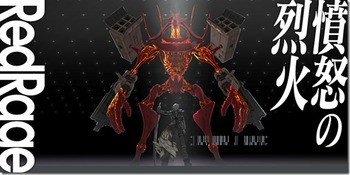 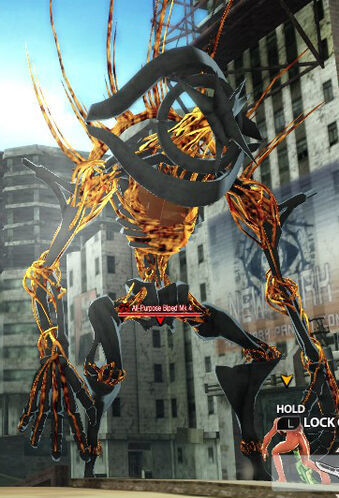 Tiger-like Abductors from On High.

Spider-like Abductors from On High.

A Gazer-like Abductor that appears from the Casket. 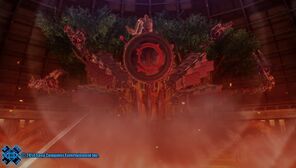 Dragon-like Abductors from On High. 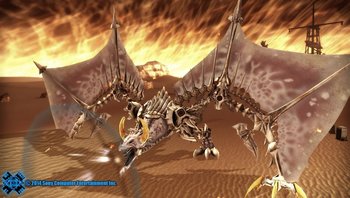 The Panopticon's local mascot who motivates the Sinners to contribute for the greater good with an optimistic smile. 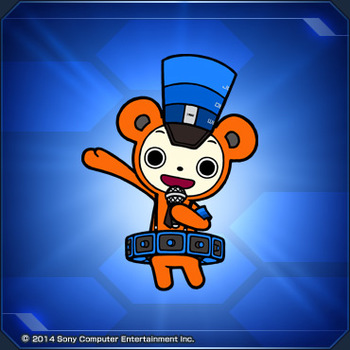