Warning: Spoilers Off applies to Awesome pages. Proceed at your own risk. 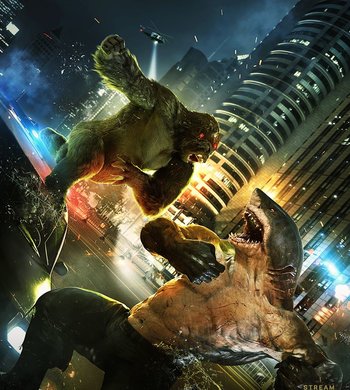 Yes, that is a giant gorilla fighting a half-human shark...Just a normal day on The Flash.
Advertisement:
open/close all folders