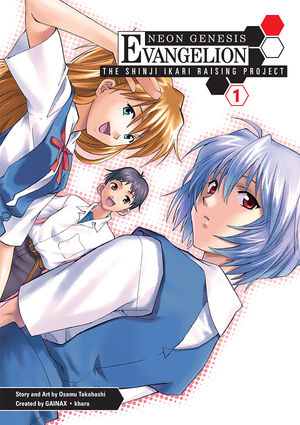 Shinji Ikari Raising Project is a spinoff manga of Neon Genesis Evangelion, loosely based on the eponymous video game. The manga was written and drawn by Osamu Takahashi, and was serialized in Shonen Ace from 2006 to 2016 and compiled into 16 volumes.

A very Lighter and Softer High-School A.U., it features Shinji in an Unwanted Harem situation with many girls. Yet another Alternate Universe in which things aren't hideously messed up.