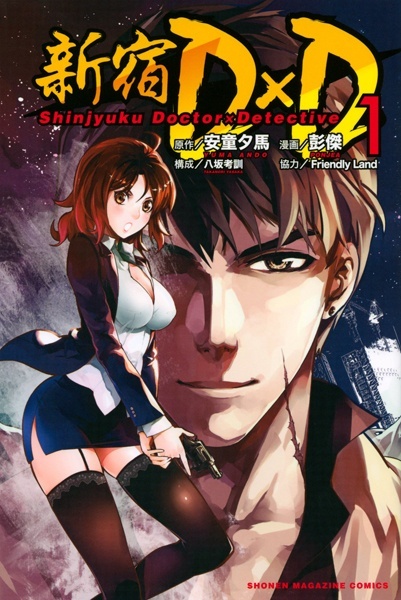 A quack doctor and a rookie detective. Just another day at Shinjuku.

ShinjukuDxD is a series written by Yuma Ando, illustrated by Ponjea, and arranged by Takanori Yasaka and can be read at Mangabox, an official manga magazine app and website that people can download via Android or Apple iOS.

Lots of diseases happen in Shinjuku, Japan everyday. Crimes happen everyday, patients see a doctor everyday, and life goes on. Enter Inui Date, a quack doctor who happens to see a girl falling from a building and the last moments of the girl is to give him the key. Joined by Maria Daigo, a rookie detective, follow the two of them as they solve crimes and help patients while unraveling the quack doctor's past.

Not to be confused with the other DxD.