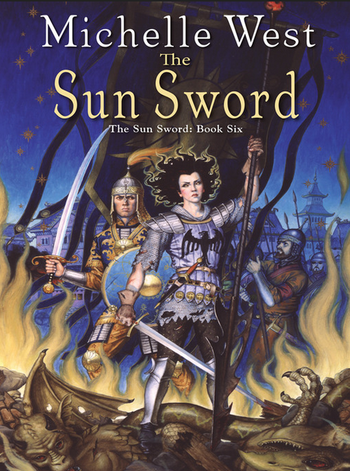 An epic fantasy series by Michelle West consisting of six Doorstopper books. The series centers on events in the Dominion of Annagar and the neighboring Empire of Essalieyan. Both kingdoms are caught up in the schemes of the Lord of Night and the demons of the Shining Court, who plot to assert dominance over the mortal realms.
Advertisement:

This series forms a part of West's overarching Essalieyan Saga; it is preceded by the Sacred Hunt duology and is followed by the House War series, which directly continues Jewel aTerafin's plotline.