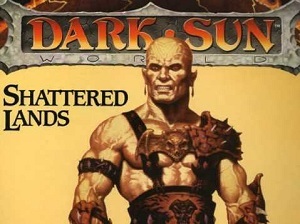 Three video games set on Athas were released by SSI in the 1990s:
Advertisement:

The former 2 games are being sold on GOG.com, the latter is Abandonware.

Together with Ravenloft duology (and its sister game Menzoberranzan), they were the pinnacle of SSI's adaptations of AD&D to computers. Until Baldur's Gate in 1998 they remained the best AD&D videogames and probably the best Western RPGs too. Baldur's Gate and Planescape did a better job with new technology, but fans still argue if Dark Sun was better in some aspects.