Our Dragons Are Different / Tabletop Games 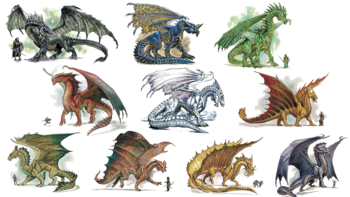 And this isn't even the half of it!
Dragons are practically a necessity in most tabletop RPGs so expect lots of variety here.