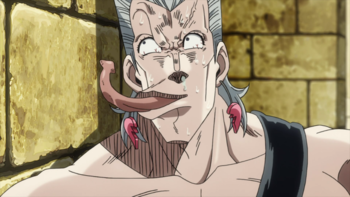 Polnareff trying tell his friends that there's a gun pointed at his head... which still doesn't explain how he can make a arrow shape out of his tongue.

The Crusaders' Arrival in Egypt