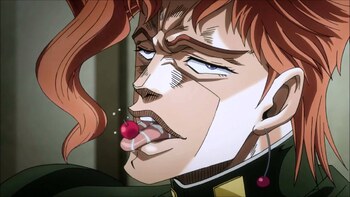 No, this is not Kakyoin. Yes, he still reros the day away.
Advertisement: