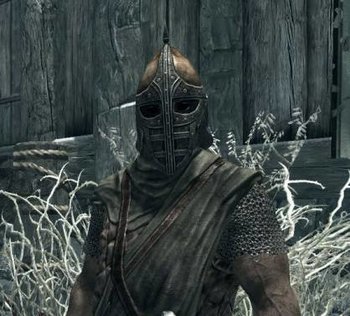 I used to be an adventurer like you. But then I got addicted to TV Tropes.
STOP RIGHT THERE, TROPER! Take a look at these The Elder Scrolls memes and see if any are familiar to you.

Do you get to the trope district very often? Oh what am I saying, of course you don't!