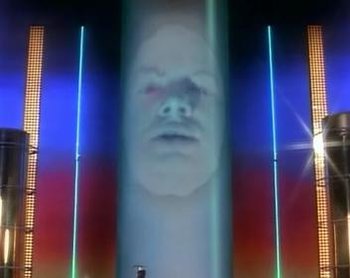 Voiced by: David Fielding (1992-1993), Bob Manahan (1993-1998), Jorge Santos (Latin American Spanish, original version), Humberto Sorlózano (Latin American Spanish, remastered version)
A wise wizard that was trapped in a time warp by Rita Repulsa during their final battle, which led to him living in an energy tube. After Rita escaped her prison, he recruited five Rangers to help in his fight, while also giving them guidance along the way.
Alpha 5 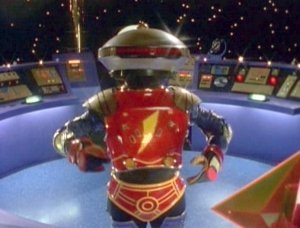 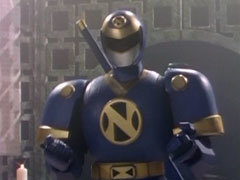 Voiced by: Kim Strauss, José Luis Orozco (Latin American Spanish)
After the Rangers lost their initial powers, Zordon directed them to Ninjor, the creator of the Power Coins. He would give the six new Ninja Power Coins, Zords, and ninja abilities, while helping them out along the way.
Ernie 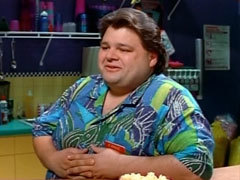 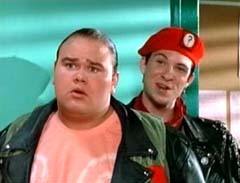 The comic relief duo of the series. Bulk and Skull start out as selfish bullies, whose schemes always seem to backfire. Later on, they turn to good natured goofs with a genuine wish to help other people out. Bulk and Skull are notable for staying on the show for six seasons, which is more than even the longest serving Ranger Tommy has done. 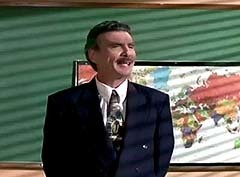 The principal of Angel Grove High. He tends to alternate between Reasonable Authority Figure and Dean Bitterman roles.

The nice and caring teacher of the Rangers' school class. 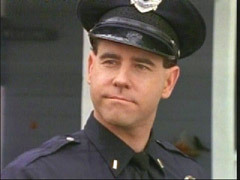 Portrayed by: Gregg Bullock
Voiced by: Jesús Barrero (Latin American Spanish)
The head of the Junior Police Patrol, often seen with Bulk and Skull during Season 3.
The Aquitian Rangers 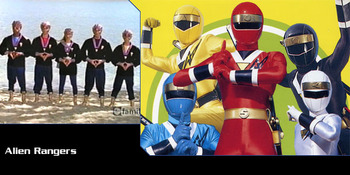 A team of Rangers from the Planet Aquitar. They took up the task of defending Angel Grove while the Rangers were briefly reverted to kids.