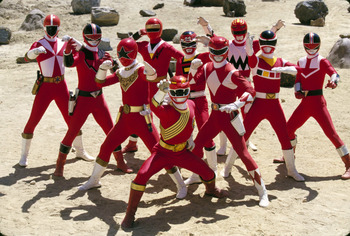 The 10th Anniversary of Power Rangers, with the surviving forces of the Machine Empire gathering on the moon in an effort to excavate Serpentera, and veteran Ranger Tommy assembling the Red Rangers of every team to stopp them.