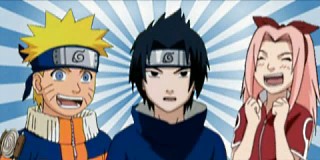 The series has nine episodes and a two-part movie which can be watched on LittleKuriboh's account for it, called Ninjabridge

, which has since been used instead as a backup channel before completely falling out of use. Despite the Ninjabridge channel being flagged and deleted by an ad-bot, it has returned as of 15 June 2011. Much like Yu-Gi-Oh Abridged, it has been dubbed into Arabic

and Swedish, although not by the same person.