Literature / Incarnations of Immortality
aka: On A Pale Horse 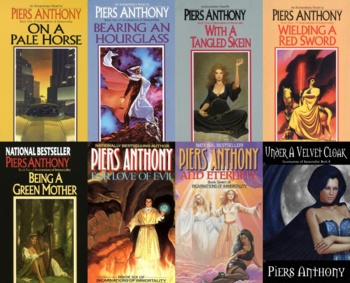