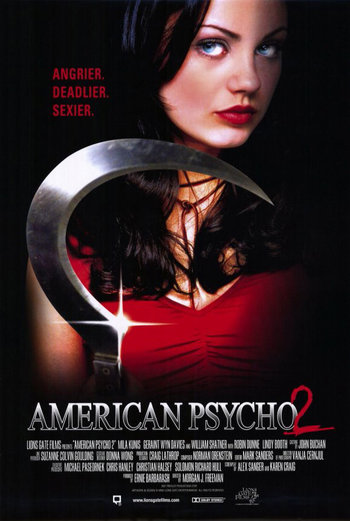 In Name Only sequel to American Psycho, released Direct to Video in 2002.

Narrator Rachel Newman (Mila Kunis) is studying criminal psychology at college, her ambition being to join the FBI at Quantico to hunt serial killers. Her classmates have the same ambition. And since only the top student gets an offer to be the TA of a certain professor (played by William Shatner) that she's sure will guarantee such a career, later on, she starts killing those ahead of her and anyone else who gets in the way. Good performances and plenty of Black Comedy make it quite similar in style to both the book and first movie.