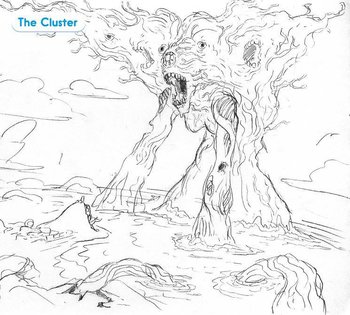 Count your lucky stars and hope this thing never actually breaks out of the ground.
The animators did a pretty good job drawing the scariest creatures imaginable.