Hel, the Realm of the Dead, is a grim, desolate land. The antagonistic force in Book III of Fire Emblem Heroes. Ruled by Hel, she seeks to have all those who have fallen join her ranks so that she can rule over all the worlds.

Hel, The Realm of the Dead 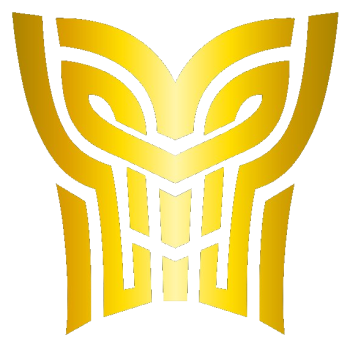 The Skull of Hel
Hel 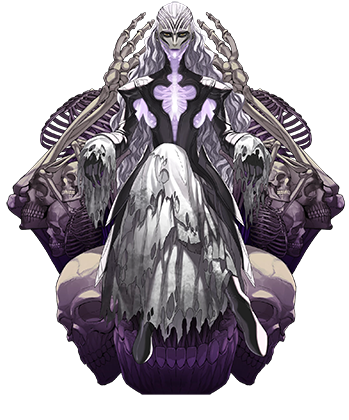 "I am Hel. I rule over the dead. Those who are unworthy of a greater reward enter my dark realm. [...] Resign yourself to your fate. You cannot fight it. You cannot best death."

The ruler of the land of the dead, who gets more powerful the more dead people are within her realm and plans on expanding that population. Currently plans to kill the members of the Order of Heroes and rule over the 9 Worlds. In late July 2020, she was released as a Mythic Hero of Dark.
Voiced by: Mami Koyama (Japanese), Barbara Goodson (English)
Artist: Yusuke Kozaki
Class: Axe Flier
Eir 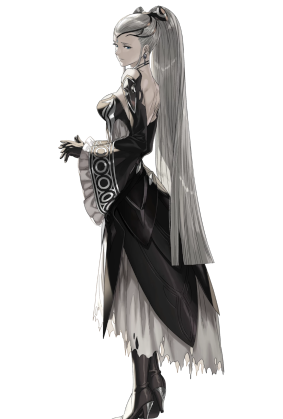 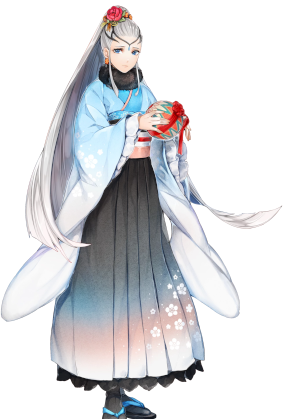 "I know how this sounds. It must seem so selfish of me to ask so much of you... Still, though, I wish to join you. If you ever find cause to distrust me... kill me then and there."

A princess and the daughter of its ruler, Hel, and a Mythic Hero of Light. She allies with the Order of Heroes after she was captured on purpose on the account of making her mother proud by one day killing all of them, but is starting to have second thoughts.
Voiced by: Sora Amamiya (Japanese), Xanthe Huynh (English)
Artist: Yusuke Kozaki (regular), Misei Ito (Renewed Spirit)
Class: Dagger Flier (Heroes, regular), Red Dagger Flier (Renewed Spirit), Dark Princess (Cipher)
Líf 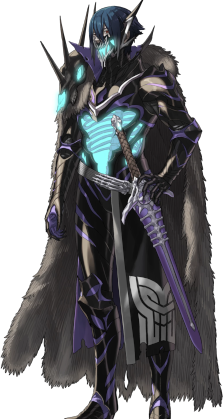 Click here to see Love of a King Líf & Thrasir 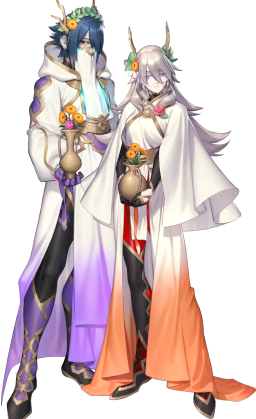 "My name is Líf. [...] Tremble before Sökkvabekkr, the sword of ruin...as I destroy this world."

A general of Hel. In life, he was the founder of Askr and was well respected by his people. He has now risen again to kill as many to expand Hel's army, including his own people. He is the one issuing the Contracts in Book III's Heroes. In late January 2020, he was released as a Mythic Hero of Anima.
Voiced by: Tomoaki Maeno (Japanese), Edward Bosco (English)
Artist: Yusuke Kozaki (regular), Azuza (Love of a King)
Class: Sword Fighter (Heroes, regular), Red Cavalier (Love of a King), Myrmidon (Cipher)
Advertisement:
Thrasir 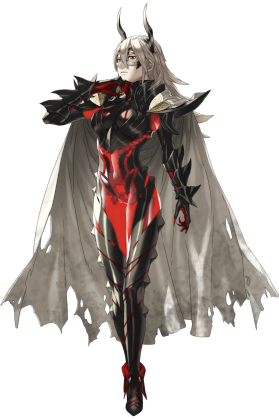 "I am Thrasir, general of the realm of the dead. I am feared as the Omnicidal Witch. Everyone will perish. That is why I have come..."

A general of Hel. In life, she was the founder of Embla and was known for her powerful magic. She has risen again to use that magic to expand Hel's army by taking the lives of many. In late September 2019, she was released as a Mythic Hero of Anima.
Voiced by: Yui Ogura (Japanese), Lizzie Freeman (English)
Artist: Yusuke Kozaki (regular), Azuza (Love of a King)
Class: Green Mage (Heroes), Dark Mage (Cipher)