This is a list of main characters that appear in the mobile spin-off game Fire Emblem Heroes. Since it's filled with Loads and Loads of Characters, please handle this topic with care.

To learn more about the other characters present in the crossover, see here for the main Fire Emblem character index.

Jötunheimr, the Realm of Jötnar 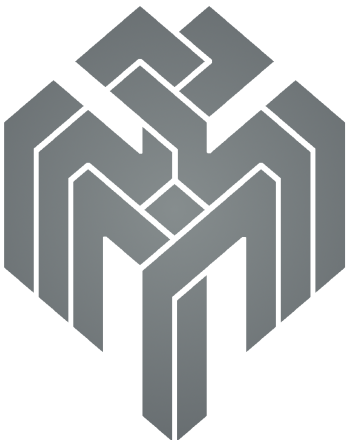 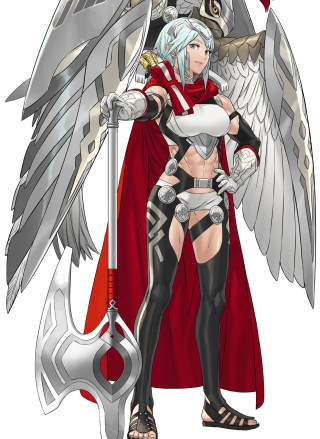 A female jötun warrior and princess from Jötunheimr and twin sister of Nótt. Cheerful and bright, but loves a good fight. In Book V she challenges the Order of Heroes in order to prove her strength to her mother the Queen of Jötunheimr. In March 2021, she was released as a Mythic Hero of Light.
Voiced by: Ayahi Takagaki (Japanese), Alex Cazares (English, credited as Alejandra Evette)
Artist: Yusuke Kozaki
Class: Axe Fighter
Nótt 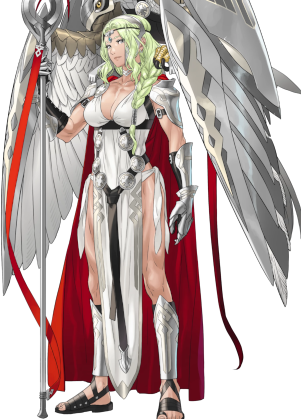 "Greetings to you, fine people of Askr. And to you as well, Reginn, Princess of Niðavellir. I am Jötunheimr's crown princess and heir apparent, Nótt. It is my great pleasure to meet you all."

A female jötun warrior and princess from Jötunheimr and the older twin sister of Dagr. Values elegance and beauty. In Book V, when the Order of Heroes ask for Jötunheimr's aid, she waits patiently to give them the legendary sword Gramr to defeat Fáfnir. In June 2021, she was released as a Mythic Hero of Dark.
Voiced by: Nana Mizuki (Japanese), Erika Harlacher (English)
Artist: Yusuke Kozaki
Class: Lance Fighter
Advertisement: 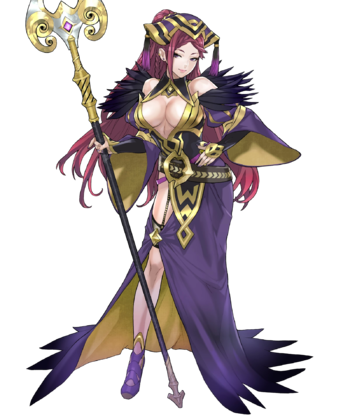 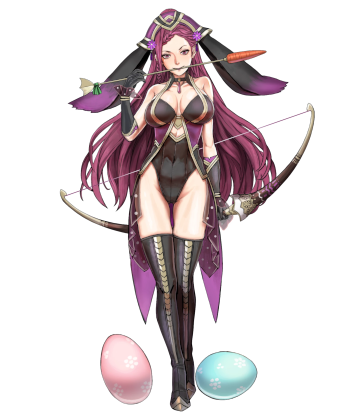 "What do I want? The joy of destroying worlds, and spreading chaos... Would you rather stare at a stone sitting by the side of a road, or watch it tumble down a cliffside? As it tumbles, it may, of course, crumble into dust... And yet...."

A mysterious woman who works as Múspell's main strategist. First appears in front of Veronica in the guise of her brother to tell her about the Tempest. While her cover is blown quickly, she and Veronica hit if off quite easily. 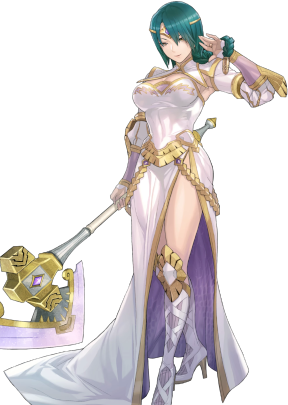 "Don't toy with me, Loki. There is work to be done, yet you play, knowing full well your duties are far too important to ignore."

A warrior who is in leagues with Loki, both of whom serve the creator of everything.

The creator of everything, and Thórr and Loki's superior.