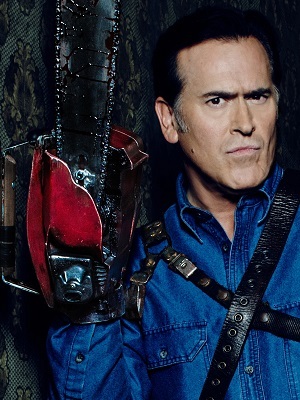 "Groovy."
Played By: Bruce Campbell
"Good. Bad. I'm the guy with the gun."

The protagonist and poster boy of the entire series. Ash evolves over the course of the series from a cowardly college student to a wise cracking zombie slayer with his detachable hand chainsaw and 12 gauge "boomstick".