Video Game / Terrordrome the Game: Rise of the Boogeymen 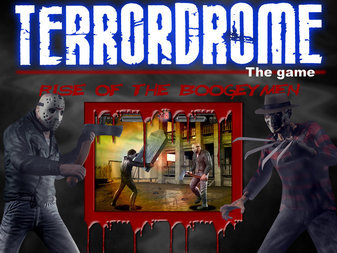 It's a graveyard smash!
Advertisement:

Terrordrome is a freeware fighting game, which features characters from various horror film franchises battling each other. It can be downloaded from here

The fighters in this game are:

Though heavily teased for years, it was finally announced on October 31st, 2016, that a sequel, titled Terrordrome 2: Reign of the Legends, was underway, with proposed plans for 2017. While still focused on the horror aesthetic, it would do away with licensed copyrighted characters, instead focusing on public domain characters, urban legends, and original characters. The sequel was released on Steam on July 24th, 2020.