Be aware that some Late-Arrival Spoilers will be unmarked. Read ahead at your own risk of being spoiled. 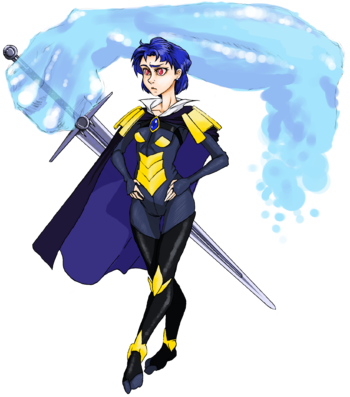 The most dangerous Evil Overlord there is. note Image by Racheakt

.
Click here to see her Sailor Guardian and normal form 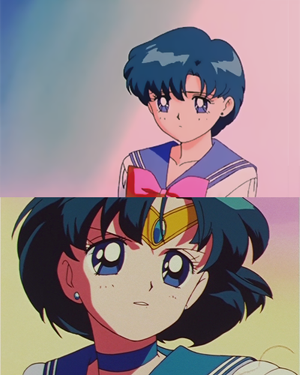 Click here to see her in her Horned Reaper outfit 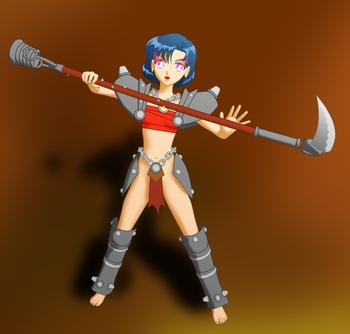 "What I want to do and what I am forced to do are, unfortunately, very different things. I wish I could just find a way home and forget all about this dungeon keeper business, but," Ami looked at the ground, clenching her fists, "there are so many complications that I need to sort out first." — Chapter 38: The Newest Recruit

Hero Protagonist of the story, but a Hero with Bad Publicity. Ami Mizuno was originally a somewhat sheltered rich girl renowned for her genius intellect, with a secret identity as Sailor Mercury, the most analytical and smart member of the Sailor Guardians to join Sailor Moon in the battle against the Dark Kingdom. That is until an inter dimensional chase of a dark general goes wrong, and she finds herself trapped in an abandoned dungeon with a Horned Reaper who offers her a deal. If she became a Dungeon Keeper, she could get the necessary power to escape.

Unbeknownst to her, once she became a Keeper her soul entered the realm of the Dark Gods, meaning that she would not be able to go back home until she got her soul back. And so, she began her journey in a world full of Heroes who want to slain her for being a Keeper, and fellow Keepers who want to kill her for her good intentions; while hoping to find some way to get her soul back and come back home.